Our predictions, user poll and statistics for Santos Laguna v FC Juárez can be found here (including the best match odds).

Santos Laguna prepare for this fixture following on from a 3-3 Liga MX (Apertura) drawn result versus Club América.

FC Juárez will come into the clash following a 2-1 Liga MX (Apertura) win vs Pachuca in their last outing.

For FC Juárez, the goalscorers were Gabriel Fernández (3') and Alan Medina (43'). Illian Hernández (9') scored for Pachuca.

The stats tell the story, and FC Juárez have been scored against in 6 of their last 6 matches, with opponents netting 8 goals in all. Defensively, FC Juárez could really do with shoring things up. We will have to see whether or not that trend can be continued on into this next match.

Heading into this contest, FC Juárez have not won away from home in their last 2 matches in the league.

An inspection of their past head to head meetings stretching back to 28/07/2019 reveals that these encounters have been pretty painful for FC Juárez. They’ve not managed to get any victories at all whereas Santos Laguna have dominated them, beating them in 67% of those matches played.

In all, 15 goals were yielded between them in these games, with 11 of them for Guerreros and 4 coming from Los Bravos. The average number of goals per game works out to 2.5.

The previous league fixture between these sides was Liga MX (Clausura) match day 6 on 19/02/2022 which finished with the scoreline of FC Juárez 0-0 Santos Laguna.

That time, FC Juárez had 52% possession and 6 attempts on goal with 0 on target.

At the other end, Santos Laguna had 11 shots at goal with 3 of them on target.

Thanks to a fully injury-free group to choose from, the FC Juárez boss Hernán Cristante does not have any fitness concerns to speak of coming into this clash.

In this game, Santos Laguna have it within them to get amongst the goals when they come up against FC Juárez, who may well find it hard to break down their defence.

We reckon that it will be a pretty comfortable 2-0 winning score for Santos Laguna when the full-time whistle blows. 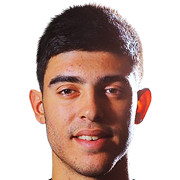 Usually taking up the Centre Midfield position, Juan Brunetta was born in Laboulaye, Argentina. After having played his first senior match for Arsenal de Sarandí in the 2016 - 2017 season, the accomplished Midfielder has struck 4 league goals in this Liga MX (Apertura) 2022 - 2023 campaign to date in 13 appearances.

We have made these Santos Laguna v FC Juárez predictions for this match preview with the best intentions, but no profits are guaranteed. Please always gamble responsibly, only with money that you can afford to lose.