The Super League clash at Swissporarena on Sunday will see home side FC Luzern facing opposition in the form of Neuchatel Xamax FC.

Our full set of predictions, statistics and match poll for FC Luzern v Neuchatel Xamax FC can be seen below - plus the latest betting odds.

FC Luzern will be looking for an improved result here following a 4-1 Super League loss in their previous game against St Gallen.

Fixtures involving FC Luzern have usually been engaging ones recently with plenty of scoring being a common characteristic. Over their past half dozen clashes alone, a total of 22 goals have been recorded for both teams combined (at an average of 3.67 goals per game) with 11 of them coming from Die Leuchten. That pattern isn’t assured to be carried forward here, of course.

Heading into this fixture, FC Luzern are undefeated in their previous 7 home league matches.

In their last game, Neuchatel Xamax FC drew 0-0 in the Super League tie with FC Sion.

The numbers tell their own story, and Neuchatel Xamax FC have been scored against in 5 of their last 6 games, letting opponents get 14 goals in all. In defence, Xamax have been far from perfect.

Ahead of this meeting, Neuchatel Xamax FC are without a win away from home in their last 4 matches in the league.

Looking at the statistics for their head to head duels stretching back to 28/10/2018, there is nothing to separate the two clubs with FC Luzern winning 3 of those games, Neuchatel Xamax FC 3 and 0 being drawn in regulation time.

11 goals were produced between them in these games, with 5 of them for Die Leuchten and 6 for Xamax. That’s an average goals per game figure of 1.83.

The last league meeting featuring the two was Super League match day 21 on 09/02/2020 which finished with the scoreline of Neuchatel Xamax FC 0-1 FC Luzern.

The match was refereed by Fedayi San.

With a completely injury-free group ready to go, Neuchatel Xamax FC boss Stéphane Henchoz has zero fitness concerns to speak of before this game.

We’re of the opinion that Neuchatel Xamax FC have enough to get a goal against this FC Luzern outfit, however it possibly won’t quite be as many as they will have scored against them.

Our selection here is for a very close game with a 2-1 winning score for FC Luzern by the time that the referee blows the final whistle. Looking forward to seeing how this one unfolds. 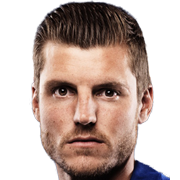 Regularly playing in the Left Attacking Midfielder position, Pascal Schürpf was born in Basel, Switzerland. Having played his first senior match for Concordia Basel in the 2008 - 2009 season, the accomplished Midfielder has got 8 league goals in this Super League 2019 - 2020 season to date coming from a total of 29 appearances.

We have made these FC Luzern v Neuchatel Xamax FC predictions for this match preview with the best intentions, but no profits are guaranteed. Please always gamble responsibly, only with money that you can afford to lose. We wish you the best of luck.