The J2 League game at Yamaha Stadium on Wednesday will see hosts Júbilo Iwata prepare for the visit of opponents, FC Ryukyu.

Júbilo Iwata go into this match after a 1-1 J2 League drawn game against Ventforet Kofu.

For Júbilo Iwata, the goals were scored by Daiki Ogawa (50' Own goal) and Masaya Matsumoto (55').

Júbilo Iwata have not been the best at stopping their opponents lately, although they’ve also managed to hit the back of the net themselves. Analysis of their previous 6 games shows that Júbilo Iwata have seen their goal breached in 6 of them as well as getting on the scoresheet in 6 of those games. However, it remains to be seen if that pattern might continue on here in this match.

The only player to score from FC Ryukyu was Koki Kazama (32').

In the course of their 6 most recent matches, Yasuhiro Higuchi's FC Ryukyu have turned their attacks into goals 7 times - earning them a goals per game average of 1.17.

The last league fixture between these clubs was J2 League match day 8 on 29/07/2020 which finished with the scoreline of FC Ryukyu 2-2 Júbilo Iwata.

We’re of the view that Júbilo Iwata will more than likely score at least once when they meet FC Ryukyu, who will not find it easy finding the net themselves.

We can therefore see a pretty comfortable 2-0 margin for Júbilo Iwata at full-time. 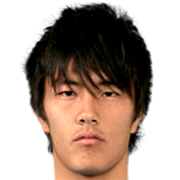 Regularly taking up the Striker position, Koki Ogawa was born in Japan. After having played his first senior match for Júbilo Iwata in the 2017 season, the accomplished Forward has bagged 9 league goals in the J2 League 2020 campaign so far coming from a total of 29 appearances.

We have made these Júbilo Iwata v FC Ryukyu predictions for this match preview with the best intentions, but no profits are guaranteed. Please always gamble responsibly, only with money that you can afford to lose. Good luck!