Shimizu S-Pulse will be visiting Ajinomoto Stadium on Sunday for the J1 League meeting with home side FC Tokyo.

Scroll down for all of our predictions, poll and stats for the FC Tokyo v Shimizu S-Pulse game - along with the latest match odds.

FC Tokyo will be hoping to return to winning ways here following the 0-2 J1 League defeat last time out to Shimizu S-Pulse.

Fixtures featuring FC Tokyo have usually been lively encounters of late with high scoring being the norm. Over their past half dozen games, the sum of 20 goals have flown in for both teams combined (at an average of 3.33 goals per game) with 9 of them being chalked up by FC Tokyo.

Going into this game, the form guide shows that FC Tokyo:

Shimizu S-Pulse have had no problems opening up opposition defences leading up to this encounter, having scored 11 times in their previous 6 matches. Having said that, Shimizu S-Pulse have been somewhat leaky at the back, having also been scored against in 5 of those same outings. We will find out if that trend will end up being continued on here.

Heading into this contest, Shimizu S-Pulse have not emerged victorious against FC Tokyo when having played them away from home in the previous 3 league games.

An examination of their past head to head clashes stretching back to 20/07/2019 shows us that FC Tokyo have won 5 of these and Shimizu S-Pulse 1, with the number of drawn matches standing at 0.

20 goals were yielded between them throughout the course of those matches, with 15 of them for FC Tokyo and 5 for Shimizu. The average number of goals per game works out to 3.33.

The last league meeting featuring these clubs was J1 League match day 15 on 25/05/2022 which finished with the scoreline of Shimizu S-Pulse 0-3 FC Tokyo.

In that match, Shimizu S-Pulse managed 39% possession and 10 shots at goal with 2 of them on target.

Shimizu S-Pulse boss Hiroaki Hiraoka has to choose from a squad that has some fitness concerns. Kenta Nishizawa (Fractured Kneecap), Togo Umeda (Cruciate Ligament Rupture) and Renato Augusto (Cartilage Damage) are names that won’t be on the team sheet.

We think that Shimizu S-Pulse will have to play well to put one past this FC Tokyo lineup who we think might well be able to get on the scoresheet themselves in a winning performance.

We therefore see a very competitive encounter with a 1-0 winning score for FC Tokyo after 90 minutes. 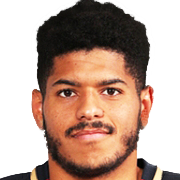 Customarily used in the Central Attacking Midfielder position, Leandro was born in Brasília, Brazil. After having played his first senior match for Grêmio in the 2011 season, the dangerous Midfielder has scored a sum of 3 league goals in this J1 League 2022 season so far in 11 appearances.

We have made these FC Tokyo v Shimizu S-Pulse predictions for this match preview with the best intentions, but no profits are guaranteed. Please always gamble responsibly, only with money that you can afford to lose. Best of luck.