Full predictions, pre-match stats and user poll for FC Twente v Willem II are shown on this page - as well as up-to-date odds.

FC Twente will play in this match after a 1-1 Eredivisie stalemate against FC Groningen.

It has been a rare occasion in recent games where FC Twente have managed to hold out for a full 90 minutes. The reality is that FC Twente have been scored against in 5 of their previous 6 matches, letting in 7 goals in the process. Nonetheless, we will just have to wait and see whether that trend will be replicated here in this match.

Since suffering a loss in their previous game against Heracles Almelo in Eredivisie competition, Willem II and their fans will hope to get a better result this time.

In that game, Willem II managed 48% possession and 13 attempts on goal with 5 on target. For Willem II, the goalscorers were Mats Köhlert (66') and Max Svensson (77'). Heracles Almelo had 17 attempts at goal with 7 of them on target. Rai Vloet (41'), Delano Burgzorg (53') and Ismail Azzaoui (94') scored for Heracles Almelo.

During their 6 latest matches, Fred Grim's Willem II have managed to stick the ball in the net a total of 9 times, yielding them a goals scored per game average of 1.5.

Ahead of this meeting, Willem II remain unbeaten by FC Twente when having played them away from home in the previous 3 matches in the league.

If we look at their past head to head meetings going back to 04/03/2017, there has been little to separate the clubs with FC Twente winning 2 of those games, Willem II 2 and 2 being draws after 90 minutes of play.

A combined total of 17 goals were scored between them in these games, with 9 of them from De Tukkers and 8 coming from Tricolores. That is an average goals per game value of 2.83.

The previous league fixture between these clubs was Eredivisie match day 25 on 06/03/2021 when it ended FC Twente 1-1 Willem II.

The FC Twente manager Ron Jans will be grateful not to have any fitness concerns whatsoever before this match thanks to a completely injury-free group to choose from.

In this match, FC Twente will most probably be able to create a decent number of chances and shots on target.

At the other end, Willem II won’t find it easy to find the back of the net but we can see them converting at least once as well.

We reckon that it will be a pretty comfortable 3-1 victory for FC Twente when the full-time whistle blows. 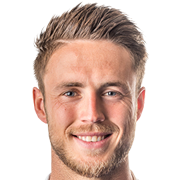 Typically taking up the Striker position, Ricky van Wolfswinkel was born in Woudenberg, Netherlands. After having made a senior debut playing for Vitesse in the 2007 - 2008 season, the dangerous Forward has struck 4 league goals in this Eredivisie 2021 - 2022 season to date coming from a total of 7 appearances.

While we have made these predictions for FC Twente v Willem II for this match preview with the best of intentions, no profits are guaranteed. Always gamble responsibly, and with what you can afford to lose. Good luck if you do place a bet today.