Jong Utrecht are going up against visiting team FC Volendam at Sportcomplex Zoudenbalch in this Eerste Divisie match on Monday.

At least three goals per match were recorded in 5 of the past 6 fixtures where Jong Utrecht have played. Their opponents scored 15 of them in this period whereas Jong Utrecht amassed a tally of 6.

In their previous fixture, FC Volendam drew 4-4 in the Eerste Divisie tie with Jong Ajax.

Demonstrating their involvement in action-packed encounters, we’ve had goals 23 times in the previous six matches in which FC Volendam have taken to the field, making it an average of 3.83 goals each meeting. Opposing teams have got 11 from this total. We will just have to see if that trend will be continued on here.

Looking at the statistics for their head to head duels dating back to 23/11/2018, neither club has come out on top overall with Jong Utrecht winning 3 of those games, FC Volendam 3 and 0 being drawn after 90 minutes of play.

In all, 16 goals were scored between the two sides throughout the course of those matches, with 8 of them from Jong Utrecht and 8 being from Het Andere Oranje. That’s an average goals per game of 2.67.

The previous league meeting between these sides was Eerste Divisie match day 34 on 16/04/2021 which ended up with the score at Jong Utrecht 2-3 FC Volendam.

In that game, Jong Utrecht had 42% possession and 6 shots on goal with 2 of them on target. The scorers were Odysseus Velanas (5') and Oussama Alou (9').

The Jong Utrecht boss Darije Kalezić has zero fitness worries whatsoever coming into this match with a completely healthy group to pick from.

With a fully healthy group available to select from, the FC Volendam manager Wim Jonk has no fitness worries at all before this match.

Looking at these two teams, we feel that Jong Utrecht will surely be able to score a goal against this FC Volendam outfit, although just one goal likely won’t be enough.

We’re therefore tipping a close game with a 1-2 advantage for FC Volendam at the end of the 90 minutes. Should be a good one. 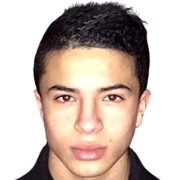 Regularly taking up the Centre Midfield position, Rayan El Azrak was born in Netherlands. After having made a senior debut playing for Jong Utrecht in the 2018 - 2019 season, the talented Midfielder has managed 2 league goals in the Eerste Divisie 2021 - 2022 campaign so far in 11 appearances.

While we have made these predictions for Jong Utrecht v FC Volendam for this match preview with the best of intentions, no profits are guaranteed. Always gamble responsibly, and with what you can afford to lose. Best of luck.