Galatasaray take on visiting opponents Fenerbahçe at Nef Stadyumu in the Super Lig tie on Sunday.

View all Galatasaray v Fenerbahçe tips, stats and our pre-match poll below - as well as up-to-date odds.

Galatasaray will play in this fixture following on from a 1-1 Super Lig stalemate versus Fatih Karagümrük.

Galatasaray have been on a persistent run of goalscoring form, hitting the target every time they’ve gone out to play in their last 6 matches.

They have totted up the amount of 7 during that period and have conceded a total of 4. However, we must now wait to see if that trend will be replicated in this upcoming match.

Their past results show that Galatasaray:

Previously, Fenerbahçe drew 2-2 in the Super Lig match with Kayserispor.

Looking at their past form shows that Fenerbahçe:

An examination of their prior head-to-head meetings going back to 02/11/2018 shows us that Galatasaray have won 2 of these and Fenerbahçe 0, with the tally of drawn games being 4.

A combined sum of 11 goals were scored between them throughout the course of those matches, with 7 from Cimbom and 4 for Sarı Kanaryalar. That is an average goals per game value of 1.83.

The previous league game between these sides was Super Lig match day 24 on 06/02/2021 when it finished Fenerbahçe 0-1 Galatasaray.

The Galatasaray boss Fatih Terim has a full complement, with no fitness worries whatsoever ahead of this match with a completely healthy group to choose from.

With a completely injury-free group available to select from, the Fenerbahçe manager Vítor Pereira has no fitness worries to report before this match.

We’re of the view that Fenerbahçe will have to work hard as a team to put one past this Galatasaray outfit who we reckon should win and very possibly keep a clean sheet.

We’re therefore anticipating a good tussle with a 1-0 winning margin for Galatasaray at the end of this one. 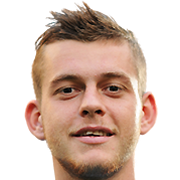 Mostly taking up the Centre Midfield position, Alexandru Cicâldău was born in Medgidia, Romania. Having made a first senior appearance for Viitorul Constanța in the 2015 - 2016 season, the talented Midfielder has managed to score 3 league goals in the Süper Lig 2021 - 2022 season so far in a total of 11 appearances.

While we have made these predictions for Galatasaray v Fenerbahçe for this match preview with the best of intentions, no profits are guaranteed. Always gamble responsibly, and with what you can afford to lose. Best of luck.