Our full set of predictions, statistics and match poll for Feyenoord v Heracles Almelo can be seen below - plus the latest betting odds.

Feyenoord will be wanting a better result here following a 3-1 Eredivisie losing effort in their last game against FC Utrecht.

In that match, Feyenoord managed 56% possession and 12 shots on goal with 2 of them on target. The only player on the scoresheet for Feyenoord was Luis Sinisterra (45'). For their opponents, FC Utrecht got 19 attempts at goal with 7 on target. Willem Janssen (45'), Moussa Sylla (48') and Simon Gustafson (51') scored for FC Utrecht.

Feyenoord have been on a persistent run of goalscoring form, hitting the target every time they’ve gone out to play in their last 6 matches.

They’ve claimed a sum of 16 during that time and have conceded a total of 6. We will have to see whether or not that trend will end up being continued on in this game.

After suffering a loss in their previous game against NEC in Eredivisie action, Heracles Almelo will be hoping to turn things around here.

Their past results show that Heracles Almelo:

Inspecting their most recent head-to-head meetings going back to 13/04/2019 shows that Feyenoord have won 3 of them & Heracles Almelo 0, with the number of draws standing at 3.

An aggregate of 17 goals were scored between them in this period, with 10 for De club aan de Maas and 7 netted by Heraclieden. This gives an average number of goals per game equal to 2.83.

The last league match featuring these clubs was Eredivisie match day 33 on 13/05/2021 and the score finished Heracles Almelo 1-1 Feyenoord.

In that game, Heracles Almelo had 41% possession and 8 attempts on goal with 5 of them on target. Their only player on the scoresheet was Sinan Bakış (68').

Feyenoord had 11 shots on goal with 3 of them on target. Orkun Kökçü (64') was the scorer.

It looks to us like Heracles Almelo could really find it hard to find the net against a Feyenoord team who look likely to control most aspects of this game.

We’re therefore predicting a very comprehensive 3-0 winning scoreline for Feyenoord at the end of this one. 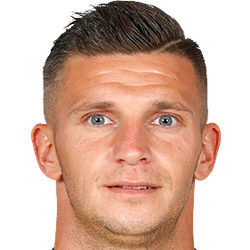 Usually played in the Left Wing position, Bryan Linssen was born in Hunsel, Netherlands. Having made his senior debut playing for Fortuna Sittard in the 2008 - 2009 season, the dangerous Forward has bagged 3 league goals in this Eredivisie 2021 - 2022 season to date from a total of 3 appearances.

While we have made these predictions for Feyenoord v Heracles Almelo for this match preview with the best of intentions, no profits are guaranteed. Always gamble responsibly, and with what you can afford to lose. Good luck with your selections.