This Feyenoord v NEC live stream video is ready to be broadcast on 06/02/2023. Soccer fans can watch this clash on a live streaming service if this match is featured in the schedule referenced above. Here we arm you with useful information for watching this KNVB Beker game including the most recent team form, head to head meetings and our match views.

In order to watch this match via alternative methods, search for television listings for your country. These broadcasting contracts are typically granted on a per-competition/league or even per-match basis. For matches shown live on regional tv programmes, check the schedules on stations like BT Sport, Amazon Prime Video, Sky Sports, Now TV, iTV, Canal+, Fox Soccer, ESPN depending on your current location.

When the abovementioned broadcaster is showing Feyenoord v NEC soccer live streaming coverage, you can view it on a mobile (iPhone, Android including Tecno) and PC or tablet (eg iPad, Lenovo Tab).

Post-game, we may also provide a link to game highlights from time to time. We aren’t responsible for transmitting any match video content linked to from here. All legal issues must be directed to the hosters/owners of such content.

For all of our match predictions, pre-game poll and statistics for Feyenoord v NEC, scroll down including the latest game odds.

Feyenoord head into this game after a 2-2 Eredivisie drawn game vs PSV Eindhoven.

The only scorer from Feyenoord was Alireza Jahanbakhsh (81', 90'). Anwar El Ghazi (8') and Thorgan Hazard (68') scored for PSV Eindhoven.

Feyenoord have been on a persistent run of goalscoring form, netting every time they’ve gone out to play in their last 6 games.

They’ve managed to rack up 12 during that time while also conceding a total of 5. That kind of pattern won’t necessarily be continued into this game, of course.

Following on from being defeated in their last game at the hands of Go Ahead Eagles in Eredivisie action, NEC will be aiming to make amends here.

Rogier Meijer's NEC have seen their goal attempts be successful a total of 8 times in the course of their latest 6 matches. The aggregate of goals that have been scored against them during that same period equals 5.

Delving into past results between these clubs going back to 16/10/2016 shows that these fixtures have not been fruitful for NEC. They have not been able to come away with any wins whatsoever while Feyenoord have been too good for them, beating them in 83% of those ties.

There were also plenty of goals scored in those games, 24 overall which averages out at 4 goals per match.

The previous league game between these sides was Eredivisie match day 18 on 25/01/2023 when it finished Feyenoord 2-0 NEC.

We feel that in this game, NEC have enough to put a goal past this Feyenoord lineup, but that is unlikely to be enough to avoid a loss.

We are anticipating a close game with a 2-1 winning score for Feyenoord when the full-time whistle blows. It’s a very tough call. 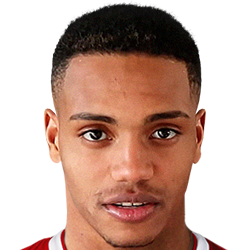 Generally playing in the Striker position, Danilo was born in São Paulo, Brazil. Having made his senior debut playing for Jong Ajax in the 2017 - 2018 season, the skilful Forward has netted 8 league goals in the Eredivisie 2022 - 2023 campaign so far coming from a total of 19 appearances.

We have made these Feyenoord v NEC predictions for this match preview with the best intentions, but no profits are guaranteed. Please always gamble responsibly, only with money that you can afford to lose. We wish you the best of luck.

⚽️ Where can I see the previews for other KNVB Beker games?

View all of the upcoming (and previous) KNVB Beker predictions & previews here.