Jerv head to Haugesund Stadion on Sunday for the Eliteserien fixture with home side FK Haugesund.

Our FK Haugesund v Jerv predictions, statistics and match poll can be seen below - as well as up-to-date odds.

FK Haugesund, following on from their previous result, will be hoping for more of the same after a 3-1 Eliteserien victory against Sarpsborg 08.

Following on from a loss in their previous game against Vålerenga in Eliteserien action, Jerv and their travelling supporters will be hoping that they can get a better result in this one.

Demonstrating their involvement in productive matches, goals have been scored 23 times in the last 6 games in which Jerv have played, making it a mean average of 3.83 goals per fixture. Opposing teams have hit 16 from this total. Putting that to one side, it remains to be seen if that pattern will persist in this upcoming match.

Going into this encounter, Jerv haven’t won away from home in the past 13 league games. What a horror away run it has been.

The last league fixture featuring these sides was Eliteserien match day 12 on 02/07/2022 and the score finished Jerv 1-0 FK Haugesund.

On that occasion, Jerv had 41% possession and 9 attempts at goal with 3 on target. Their only player on the scoresheet was Felix Schröter (90').

FK Haugesund had 10 attempts at goal with 1 on target.

The referee was Kristoffer Hagenes.

The FK Haugesund boss Jostein Grindhaug doesn’t have any fitness concerns whatsoever ahead of this clash thanks to a fully injury-free group available for selection.

With a completely injury-free group ready to go, the Jerv boss Arne Sandstø does not have any fitness concerns to speak of before this clash. Willis Furtado will not be able to play in this game through being suspended.

We feel that Jerv certainly have the ability to breach the defence of this FK Haugesund team, although it may not be as many as the goals that they could concede.

We’re predicting a tight encounter finishing with a 2-1 winning score for FK Haugesund by the time that the referee blows the final whistle. It really should be an interesting one. 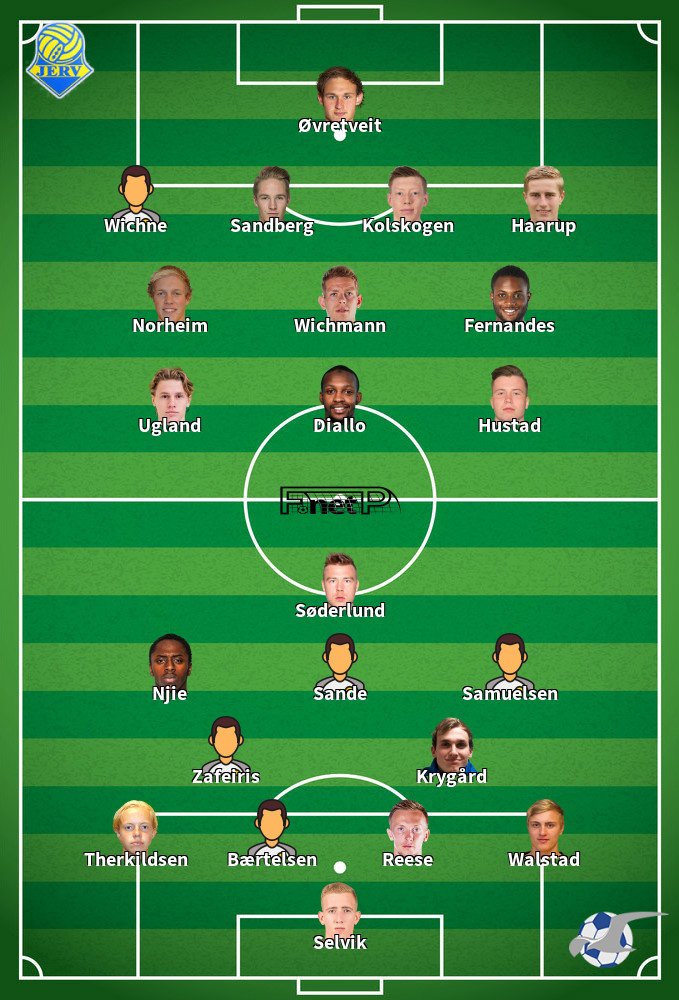 Regularly played in the Striker position, Alioune Ndour was born in Dakar, Senegal. After making a first senior appearance for FK Haugesund in the 2021 season, the gifted Forward has got 8 league goals in the Eliteserien 2022 season to date in a total of 15 appearances.

We have made these FK Haugesund v Jerv predictions for this match preview with the best intentions, but no profits are guaranteed. Please always gamble responsibly, only with money that you can afford to lose. Best of luck.