Flamengo journey to Estádio José Pinheiro Borda on Sunday for the Serie A clash with hosts Internacional.

Our Internacional v Flamengo tips, poll and stats can be seen in full below including the latest game odds.

Internacional will be wanting a better result here after a 1-0 Serie A defeat last time out to Cuiabá.

In that game, Internacional had 51% possession and 11 shots on goal with 4 of them on target. Cuiabá got 21 attempts at goal with 5 on target. Élton (69') scored for Cuiabá.

Going into this encounter, Internacional are unbeaten in their previous 11 home league matches. A run that they'll hope to extend here.

Flamengo come into this encounter after a 1-0 Serie A win versus Corinthians in their last fixture.

In that game, Flamengo managed 57% possession and 22 attempts on goal with 6 on target. The only player on the scoresheet for Flamengo was Bruno Henrique (94'). Corinthians got 6 shots on goal with 1 on target.

A series of dependable showings from the Flamengo defence has resulted in the number of goals they’ve conceded amounting to 4 from their previous 6 clashes in total. Over that same time, the number of goals that they have scored themselves is 14. Still, we must now wait to see whether the trend shall persist in this upcoming game.

An examination of their past head-to-head clashes dating back to 22/08/2019 shows us that Internacional have won 1 of these & Flamengo 3, with the tally of drawn matches being 2.

An aggregate of 19 goals were produced between them throughout the course of those matches, with 9 of them for Colorado and 10 created by Fla. The average number of goals per game works out to 3.17.

The last league fixture featuring the two was Serie A match day 15 on 08/08/2021 which finished with the scoreline of Flamengo 0-4 Internacional.

In that game, Flamengo managed 63% possession and 11 shots at goal with 7 of them on target.

The Internacional manager Diego Aguirre will be grateful not to have any fitness worries to speak of before this match with a completely injury-free group to choose from.

Due to a fully healthy squad to pick from, the Flamengo boss Renato Portaluppi has zero fitness concerns whatsoever coming into this match.

We feel that over the course of the game, Internacional may well find it hard to find the net against this Flamengo team who will likely gain the upper hand.

We therefore think that it’s going to be a very even match with a 0-1 winning score for Flamengo when the full-time whistle blows. 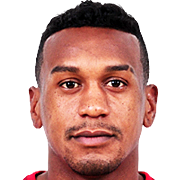 Generally played in the Central Defensive Midfielder position, Edenílson was born in Porto Alegre, Brazil. Having made his senior debut playing for Corinthians in the 2011 season, the accomplished Midfielder has managed to score 11 league goals in this Série A 2021 campaign so far from a total of 28 appearances.

We have made these Internacional v Flamengo predictions for this match preview with the best intentions, but no profits are guaranteed. Please always gamble responsibly, only with money that you can afford to lose. Good luck!