This Palmeiras v Flamengo live stream video is ready for 17/08/2022. Soccer fans can watch this fixture on a live streaming service if this match is featured in the schedule mentioned above. Here we arm you with useful information for watching this Serie A game including the most recent team form, h2h meetings and our game views.

To view the game via other sources, search for broadcasters’ listings in your locality. Such broadcasting rights are typically distributed on a per-competition/league or even per-fixture level. For matches shown live on regional television programmes, check the listings on channels including BT Sport, Amazon Prime Video, Sky Sports, Now TV, iTV, Canal+, Fox Soccer, ESPN that are relevant for your current location.

When the abovementioned broadcaster is providing Palmeiras v Flamengo soccer live streaming service, you can watch the game on a mobile (iPhone, Android including Samsung Galaxy) and PC plus tablet (eg iPad, Venturer).

Post-game, we may also provide a link to the match highlights from time to time. We are not responsible for transmitting any game video content linked to from this site. All legal issues must be done by contacting the hosters/owners of said content.

Flamengo journey to Allianz Parque on Sunday for the Serie A game with home side Palmeiras.

Full predictions, pre-match stats and user poll for Palmeiras v Flamengo are shown on this page - as well as the best betting odds.

Palmeiras, following on from their previous result, will be hoping for more of the same after a 0-1 Serie A victory versus Corinthians.

Their more recent scorelines show that it has been a great time for the Palmeiras backline. Palmeiras have been stingy, with the tally of goals that have gone in at their end during their previous six clashes standing at 4. That kind of pattern isn’t assured to be sustained into this match, however.

Taking a look at their past results, Palmeiras:

Flamengo will go into the meeting after a 5-0 Serie A win as they beat Atletico PR in their most recent fixture.

A series of outstanding performances from the Flamengo defenders has resulted in their ‘goals against’ tally standing at 1 from their last 6 clashes overall. In that period of time, their forwards have scored 14.

Their previous form shows that Flamengo:

Looking over their past head to head meetings going back to 27/09/2020 shows that Palmeiras have won 1 of them and Flamengo 3, with the tally of draws being 2.

A sum of 12 goals were produced between them during those clashes, with 4 from Verdão and 8 created by Fla. The average number of goals per game works out to 2.

The last league match between the two was Serie A match day 4 on 20/04/2022 and the score finished Flamengo 0-0 Palmeiras.

That time, Flamengo had 56% possession and 17 attempts at goal with 2 of them on target.

At the other end, Palmeiras had 10 attempts at goal with 2 on target.

Regarding absentees, there’s just the sole fitness concern for the Palmeiras boss Abel Ferreira to be concerned with thanks to an almost full-strength set of players. Henri (Tibia and Fibula Fracture) is out of contention.

In an otherwise healthy group, there is just the sole fitness worry for the Flamengo gaffer Dorival Júnior to contend with. Bruno Henrique (Knee Injury) won’t be playing here.

Here is a game where Flamengo will do well to register a score against this Palmeiras team who we reckon will score at least once to gain the upper hand.

That’s why we have predicted a very competitive encounter with a 1-0 victory for Palmeiras at the end of this game. 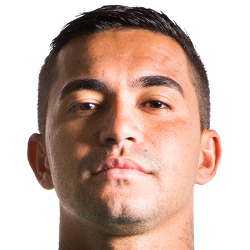 Typically playing in the Right Wing position, Dudu was born in Goiânia, Brazil. After making a first senior appearance for Cruzeiro in the 2009 season, the dangerous Forward has netted 4 league goals in the Série A 2022 campaign to date from a total of 22 appearances.

While we have made these predictions for Palmeiras v Flamengo for this match preview with the best of intentions, no profits are guaranteed. Always gamble responsibly, and with what you can afford to lose. Best of luck.

⚽️ Where can I see the odds for other Serie A games?

Look at all of the upcoming (and previous) Serie A predictions & previews here.