The League Two match at One Call Stadium on Saturday will see home side Mansfield Town prepare for the visit of Forest Green Rovers.

The only scorer from Mansfield Town was Stephen McLaughlin (15', 45'). Jordan Turnbull (2') and Matty Lund (52') scored for Salford City.

Over their past 6 fixtures, Nigel Clough's Mansfield Town have celebrated scoring a total of 12 times which gives them an average number of goals per match equal to 2.

Since being beaten in their last game against Harrogate Town in League Two action, Forest Green Rovers will be aiming to make amends here.

Rob Edwards's Forest Green Rovers have fired home a total of 5 times throughout their previous six matches. The total of goals that they have conceded during that period equals 10.

If we look at their past head to head duels stretching back to 23/02/2019, both clubs have shared the honours with Mansfield Town winning 2 of those games, Forest Green Rovers 2 and 2 being drawn in regulation time.

A total of 16 goals were scored between the two sides during those clashes, with 8 from The Stags and 8 belonging to The Green Devils. That is an average goals per game value of 2.67.

The previous league clash between the two was League Two match day 22 on 05/04/2022 and the score finished Forest Green Rovers 1-0 Mansfield Town.

Looking at personnel, there is just the lone fitness concern for the Mansfield Town gaffer Nigel Clough to contend with from of an almost fully healthy set of players. James Perch (Fractured Skull) won’t play.

With a fully healthy squad available for selection, the Forest Green Rovers manager Rob Edwards has zero fitness concerns whatsoever before this clash.

We’re thinking that Forest Green Rovers and Mansfield Town could both find goals hard to come by here.

We’ll see, but this could easily end up all-square. We’re therefore tipping a 0-0 score at full-time. 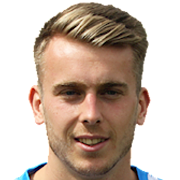 Customarily taking to the field in the Striker position, Rhys Oates was born in Pontefract, England. After having made a senior debut playing for Barnsley in the 2014 - 2015 season, the gifted Forward has hit 9 league goals in the League Two 2021 - 2022 campaign to date from a total of 36 appearances.

We have made these Mansfield Town v Forest Green Rovers predictions for this match preview with the best intentions, but no profits are guaranteed. Please always gamble responsibly, only with money that you can afford to lose. Best of luck.