Shrewsbury Town will be hosting visiting side Forest Green Rovers at Montgomery Waters Meadow in the League One meeting on Saturday.

All of our predictions, stats and the user poll for Shrewsbury Town v Forest Green Rovers are shown below - as well as the best betting odds.

Shrewsbury Town are hoping to win again after their last result, a 0-1 League One success against MK Dons.

The only scorer from Shrewsbury Town was Tom Bayliss (89').

Steve Cotterill's Shrewsbury Town have celebrated scoring 11 times in their last half-dozen outings. The comparative number of goals that they have conceded in that same time is 7.

After being beaten in their last game against Bolton Wanderers in League One action, Forest Green Rovers will be aiming to make amends here.

Dion Charles (6') was the scorer for Bolton Wanderers.

Going into this encounter, Forest Green Rovers have not won away from home in their last 13 league matches. Their travelling supporters must be so depressed.

The previous league fixture featuring the two was League One match day 7 on 03/09/2022 and the score finished Forest Green Rovers 0-2 Shrewsbury Town.

The Shrewsbury Town boss Steve Cotterill has a full complement, with no fitness worries to speak of ahead of this match thanks to a fully injury-free squad to choose from.

Owing to a completely injury-free squad to pick from, the Forest Green Rovers boss Duncan Ferguson has zero fitness concerns to speak of before this clash.

Our feeling is that Forest Green Rovers will have to perform well to be putting a goal past this Shrewsbury Town side who we think will score at least once to gain the upper hand.

Our tip is therefore for a highly competitive game with a 1-0 winning score for Shrewsbury Town when the full-time whistle blows. 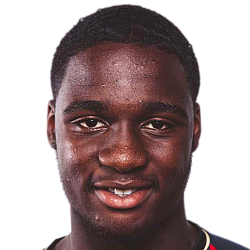 Normally played in the Striker position, Christian Saydee was born in Hillingdon, England. After having made a senior debut playing for Bournemouth in the 2021 - 2022 season, the accomplished Forward has accumulated 7 league goals in this League One 2022 - 2023 season so far in a total of 20 appearances.

We have made these Shrewsbury Town v Forest Green Rovers predictions for this match preview with the best intentions, but no profits are guaranteed. Please always gamble responsibly, only with money that you can afford to lose. We wish you the best of luck.