The Serie B match at Stadio Benito Stirpe on Saturday will see home team Frosinone up against Pordenone.

To see all of our predictions, user poll & stats for Frosinone v Pordenone, scroll down (including the best match odds).

Frosinone go into this fixture coming off the back of a 0-0 Serie B draw against Lecce.

Frosinone have been conceding pretty frequently of late, but they have also done enough to score goals themselves. Over their last 6 matches, Frosinone have conceded in 5 of them while also managing to get on the scoresheet in 5 of those games.

Heading into this contest, Frosinone are unbeaten in their last 3 home league matches.

Since being defeated in their last game at the hands of Ascoli in Serie B competition, Pordenone and their travelling supporters will be hoping that they can get a better result in this one.

The forward players for Pordenone have failed to get amongst the goals over their previous 6 clashes, netting the unsatisfactory return of just 4. In those matches, Ramarri del Noncello have also seen the collective goal tally of opposing teams equal 9. We will see whether or not that trend will be sustained here.

Going into this contest, Pordenone are without a win away from home in their last 14 matches in the league. They must be getting so desperate.

Looking at their past head-to-head meetings stretching back to 26/08/2019 shows that Frosinone have won 1 of these and Pordenone 3, with the number of drawn matches being 2.

14 goals were scored between the two sides during those clashes, with 5 from Canarini and 9 netted by Ramarri del Noncello. This gives an average number of goals per game equal to 2.33.

The previous league match between these sides was Serie B match day 34 on 17/04/2021 which finished with the scoreline of Pordenone 2-0 Frosinone.

That time, Pordenone had 36% possession and 7 shots on goal with 5 on target. Their only player on the scoresheet was Patrick Ciurria (19', 22').

For their opponents, Frosinone got 7 attempts at goal with 1 of them on target.

The referee was Lorenzo Maggioni.

The Frosinone boss Fabio Grosso has no fitness worries to speak of before this match owing to a fully healthy group to choose from.

Due to a fully healthy group available for selection, the Pordenone boss Bruno Tedino has no fitness worries to speak of ahead of this clash.

Looking at these two teams, we feel that Frosinone should be able to create a good number of chances & successful shots on target.

At the same time, Pordenone could well struggle getting goals but we do fancy them hitting back at some stage here, too.

We’re tipping a controlled 3-1 winning score for Frosinone when all’s said and done. 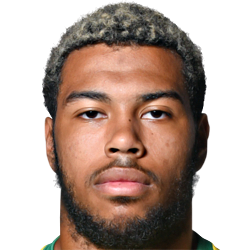 Mostly taking to the field in the Striker position, Gabriel Charpentier was born in Pointe Noire, Congo. Having played his first senior match for Reggina in the 2020 - 2021 season, the dangerous Forward has managed to score 4 league goals in this Serie B 2021 - 2022 season to date in a total of 11 appearances.

While we have made these predictions for Frosinone v Pordenone for this match preview with the best of intentions, no profits are guaranteed. Always gamble responsibly, and with what you can afford to lose. Good luck with your selections.