This Frosinone v Vicenza live stream video is ready for broadcast on 05/05/2021. Football fans can watch this game on a live streaming service if this match is included in the schedule provided above. Here we give helpful information for watching this Serie B match including the most recent team form, head to head meetings and our game tips.

To view the match via other ways, search for tv schedules in your place of residence. Such broadcasting rights are usually granted on a per-competition/league or even per-match level. For fixtures shown live on regional tv programmes, check the listings on channels including BT Sport, Amazon Prime Video, Sky Sports, Now TV, iTV, Canal+, Fox Soccer, ESPN relevant to where you are.

Where the abovementioned broadcaster is providing Frosinone v Vicenza football live streaming service, you’ll be able to watch it on mobile devices (iPhone, Android including Infinix) and PC or even tablet (eg iPad, Alba).

After the match finishes, we might also provide a link to game highlights from time to time. We aren’t responsible for transmitting any game video content linked to from this site. All legal complaints must be directed to the hosters/owners of this content.

Frosinone play host to visiting team Vicenza at Stadio Benito Stirpe in this Serie B clash on Friday.

All Frosinone v Vicenza game predictions, stats and user poll are shown below - plus the latest betting odds.

Frosinone, following on from their previous result, will be hoping for more of the same after the 0-1 Serie B victory against SPAL.

Fewer than three goals per game were recorded in 5 of the past 6 meetings where Frosinone have been participants. With regard to the goal weighting during that period, opposition teams scored a total of 5 and Canarini got themselves 5. That pattern might not be continued into this game, though.

Looking at the pre-match facts, Frosinone:

After suffering a loss in their previous game against Brescia in Serie B action, Vicenza and their travelling supporters will be hoping that they can get a better result in this one.

In as many as 5 out of the previous 6 clashes involving Vicenza, a minimum of three goals have been struck. The average goals scored per game within that time is 2.67, with the number of goals averaged by Vicenza being 0.83.

Going into this one, Vicenza haven't beaten Frosinone in away games against them for the last 3 league matches.

An examination of their prior head to head meetings dating back to 07/05/2011 tells us that Frosinone have won 3 of these games & Vicenza 1, with the number of draws being 2.

In all, 14 goals were yielded between them in these games, with 10 of them for Canarini and 4 coming from Biancorossi. That’s an average goals per game of 2.33.

The last league match featuring these clubs was Serie B match day 18 on 15/01/2021 when it finished Vicenza 0-0 Frosinone.

On that occasion, Vicenza had 53% possession and 11 attempts on goal with 3 of them on target.

For their opponents, Frosinone got 6 attempts on goal with 0 on target.

Luigi Vitale (Biceps femoris muscle injury) and Riccardo Baroni (Knee Surgery) won’t be playing for Frosinone boss Fabio Grosso. Mirko Gori will not be able to play in this game through being suspended.

Thanks to a mainly full-strength group of players, there’s only the lone fitness issue for the Vicenza gaffer Domenico Di Carlo to be concerned with. Emanuele Padella (Concussion) won’t be in action.

We envisage that Vicenza and Frosinone could both end up scoring in what appears to be a good match-up, with little separating these two teams.

Shouldn’t be much in it, and a draw looks quite a realistic result. With that in mind, we reckon that it will be a very close game with a 1-1 scoreline at the end of this game. 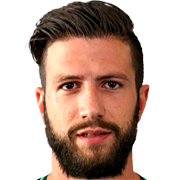 Mostly playing in the Striker position, Pietro Iemmello was born in Catanzaro, Italy. Having made his senior debut playing for Pro Vercelli in the 2012 - 2013 season, the accomplished Forward has struck 3 league goals in this Serie B 2020 - 2021 campaign to date in 16 appearances.

We have made these Frosinone v Vicenza predictions for this match preview with the best intentions, but no profits are guaranteed. Please always gamble responsibly, only with money that you can afford to lose.

⚽️ Where can I see the previews for other Serie B matches?