Fulham arrive at Deepdale on Saturday for the Championship tie with hosts Preston North End.

Our tips, poll and stats for Preston North End v Fulham can all be found here - plus the latest match odds.

Preston North End head into this fixture coming off the back of a 0-0 Championship drawn result versus Fulham.

It’s not been often in recent times where Preston North End have managed to hold out for a full 90 minutes. It will be a concern for them that Preston North End have failed to prevent opponents from scoring in 5 of their previous 6 games, letting in 9 goals along the way. We will find out whether or not that trend can be sustained in this game.

The attacking players from Fulham have helped themselves to a plethora of goals over their last 6 games (19 to be exact). That means that they have the enviable mean average of 3.17 goals scored per game over this period of time.

Coming into this contest, Fulham haven't been defeated in their previous 3 league matches away from home.

Looking over their past head-to-head clashes dating back to 13/08/2016 tells us that Preston North End have won 1 of them & Fulham 4, with the tally of drawn matches standing at 1.

19 goals were scored between the two sides during those clashes, with 7 for The Lilywhites and 12 belonging to The Cottagers. That is an average goals per game value of 3.17.

The previous league meeting featuring the two was Championship match day 36 on 29/02/2020 which ended up with the score at Fulham 2-0 Preston North End.

In that match, Fulham had 55% possession and 14 attempts at goal with 3 on target. Their only player on the scoresheet was Aboubakar Kamara (95').

Preston North End had 8 shots on goal with 2 on target. Nugent (58' Own goal) was the scorer.

The Preston North End boss Frankie McAvoy will be happy not to have any fitness worries to speak of coming into this match owing to a fully injury-free squad to pick from.

Owing to a completely healthy squad ready to go, the Fulham boss Marco Silva has zero fitness worries whatsoever before this clash.

We’re envisaging that Preston North End will need to put in a solid display to hit the back of the net against this Fulham outfit who we think should emerge victorious.

That’s why our selection here is for a good battle with a 0-1 win for Fulham at the end of this one. 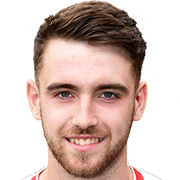 Mostly playing in the Centre Midfield position, Ben Whiteman was born in Rochdale, England. Having played his first senior match for Sheffield United in the 2015 - 2016 season, the skilful Midfielder has bagged 4 league goals in this Championship 2021 - 2022 campaign to date from a total of 16 appearances.

While we have made these predictions for Preston North End v Fulham for this match preview with the best of intentions, no profits are guaranteed. Always gamble responsibly, and with what you can afford to lose. Best of luck with your selections.