GAIS will be facing visiting rivals GIF Sundsvall at Gamla Ullevi in this Superettan fixture on Saturday.

Our tips, poll and stats for GAIS v GIF Sundsvall can all be found here - along with the latest match odds.

GAIS prepare for this game coming off the back of a 0-0 Superettan drawn game versus Akropolis IF.

Stefan Jacobsson's GAIS have found the net a sum total of 5 times in their preceding 6 outings. The number of goals that have been scored against them in those games amounts to 10.

Going into this one, GAIS are without a win at home for the past 3 matches in the league.

Last time out, GIF Sundsvall drew 1-1 in the Superettan tie with Östers IF.

A succession of outstanding displays by the GIF Sundsvall defensive unit has seen their ‘goals against’ tally amounting to 4 from their previous 6 clashes overall. In that period of time, the number of goals that they have scored themselves is 10. That pattern might not be carried forward here, of course.

Going into this game, the form guide shows that GIF Sundsvall:

Inspecting their prior head-to-head clashes dating back to 27/07/2013 shows us that GAIS have won 2 of these games and GIF Sundsvall 3, with the tally of drawn matches standing at 1.

20 goals were yielded between them in these games, with 7 from Makrillarna and 13 netted by Giffarna. That is an average goals per game value of 3.33.

The previous league contest between the two was Superettan match day 10 on 15/06/2021 when it finished GIF Sundsvall 2-0 GAIS.

The match was refereed by Martin Strömbergsson.

The GAIS boss Stefan Jacobsson will be happy not to have any fitness worries whatsoever ahead of this clash thanks to a completely healthy group available to choose from.

Due to a fully healthy squad to choose from, the GIF Sundsvall manager Henrik Åhnstrand has zero fitness concerns to speak of ahead of this match.

We’re of the view that GIF Sundsvall and GAIS could well both score and end up finding themselves in a fairly even game here.

Shouldn’t be much in it, and a draw looks quite a realistic result. That’s why we have predicted a very close game with a 1-1 draw at the end of the 90. 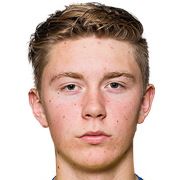 Customarily taking up the Centre Midfield position, Adam Egnell was born in Sweden. After making a first senior appearance for GAIS in the 2021 season, the skilful Midfielder has scored a sum of 6 league goals in the Superettan 2021 season to date in a total of 27 appearances.

While we have made these predictions for GAIS v GIF Sundsvall for this match preview with the best of intentions, no profits are guaranteed. Always gamble responsibly, and with what you can afford to lose. Good luck if you do place a bet today.