GAIS will be hosting visitors Norrby IF at Gamla Ullevi in the Superettan clash on Friday.

Our GAIS v Norrby IF predictions, statistics and match poll can be seen below (inc. the best betting odds).

GAIS will be looking for an improved result here after a 1-3 Superettan loss in their previous game against Halmstads BK.

GAIS haven’t had any problems with scoring, hitting the target in each and every one of their last 6 matches.

They’ve claimed a sum of 10 during that period and have conceded a total of 7.

Since being beaten in their last game against Östers IF in Superettan action, Norrby IF and their fans will hope to get a better result this time.

In 5 of the previous 6 clashes featuring Norrby IF, a relatively low number of goals have been scored between them and their opposition. The overall average goals scored per game within that spell works out to a paltry 2, with the number of goals averaged by Norrby standing at 0.5. While that may be of interest, it remains to be seen if the trend might persist in this upcoming game or not.

Pre-game facts show that Norrby IF:

Inspecting their most recent head to head clashes stretching back to 21/10/2017 shows us that GAIS have won 4 of these games & Norrby IF 1, with the number of draws being 1.

An aggregate of 15 goals were yielded between them in this period, with 9 from Makrillarna and 6 belonging to Norrby. The average goals per game has been 2.5.

With a completely injury-free group ready to go, Norrby IF boss Mak Lind has no fitness concerns whatsoever ahead of this match.

It’s looking like Norrby IF and GAIS should both be able to find the back of the net here although it’s difficult to select a clear winner.

A close call, and we think a draw is quite likely. That is why we are leaning toward a tight encounter with a 1-1 scoreline after 90 minutes. 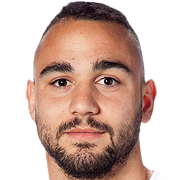 Mostly taking to the field in the Striker position, Richard Yarsuvat was born in Borås, Sweden. Having made a first senior appearance for IF Elfsborg in the 2011 season, the dangerous Forward has managed 7 league goals in the Superettan 2020 campaign so far in 21 appearances.

We have made these GAIS v Norrby IF predictions for this match preview with the best intentions, but no profits are guaranteed. Please always gamble responsibly, only with money that you can afford to lose.