Galatasaray will face off against visitors Gençlerbirliği at Türk Telekom Stadyumu in the Super Lig tie on Saturday.

All Galatasaray v Gençlerbirliği game predictions, stats and user poll are shown below - plus the latest match odds.

Galatasaray will be hoping to return to winning ways here after a 4-3 Super Lig defeat in their last game at the hands of Konyaspor.

Fatih Terim's Galatasaray have celebrated scoring a sum total of 12 times in their prior 6 outings. The comparative number of goals that have been scored against them in those same games is 7.

Taking a look at their past results, Galatasaray:

Gençlerbirliği come into this clash following on from a 3-1 Super Lig win in the defeat of Hatayspor in their most recent match.

The numbers tell their own story, and Gençlerbirliği have been scored against in 5 of their last 6 games, with opponents netting 8 goals in total. In defence, Ankara Rüzgârı have seen their frailties exposed. We will have to see whether or not that trend will be continued on into this next match.

Looking at their past form shows that Gençlerbirliği:

Looking over their most recent head-to-head clashes dating back to 15/10/2016 shows us that Galatasaray have won 4 of these and Gençlerbirliği 1, with the number of drawn matches being 1.

In all, 16 goals were scored between them in this period, with 12 of them for Cimbom and 4 for Ankara Rüzgârı. The average goals per game has been 2.67.

The last league game featuring these sides was Super Lig match day 24 on 01/03/2020 when the final score was Galatasaray 3-0 Gençlerbirliği.

Owing to a completely healthy squad to choose from, Gençlerbirliği boss Mustafa Kaplan has no fitness concerns to speak of ahead of this clash.

We believe that Galatasaray will likely score more than once when they face Gençlerbirliği, who won’t find it easy getting on the scoresheet.

We reckon that it will be a comfortable 2-0 margin for Galatasaray after 90 minutes. 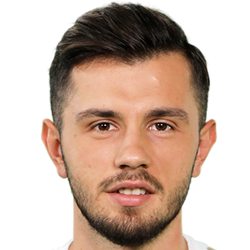 Typically playing in the Left Attacking Midfielder position, Emre Kılınç was born in Sakayra, Turkey. After having played his first senior match for Sivasspor in the 2017 - 2018 season, the skilful Midfielder has accumulated 3 league goals in the Süper Lig 2020 - 2021 season to date in 15 appearances.

We have made these Galatasaray v Gençlerbirliği predictions for this match preview with the best intentions, but no profits are guaranteed. Please always gamble responsibly, only with money that you can afford to lose.