Return to this page a few days before the scheduled game when this expired prediction will be updated with our full preview and tips for the next match between these teams.
Full-Time Result Prediction
👉
Sivasspor to Win

Our full set of predictions, statistics and match poll for Sivasspor v Gaziantep can be seen below including the latest game odds.

Sivasspor will want to continue from where they left off last time out with a 2-1 Super Lig victory over Kayserispor.

Sivasspor have not been the best at stopping their opponents recently, although they’ve also done enough to score goals themselves. Analysis of their previous 6 games shows that Sivasspor have conceded in 5 of them as well as scoring in 6 of those matches.

Gaziantep will come into the game following a 2-0 Super Lig win to beat Çaykur Rizespor in their most recent outing.

In that game, Gaziantep had 51% possession and 22 shots on goal with 6 of them on target. For Gaziantep, the goalscorers were Luka Stankovski (41') and Alexandru Maxim (59'). For their opponents, Çaykur Rizespor had 11 attempts at goal with 6 on target.

The stats tell the story, and Gaziantep have been scored against in 5 of their last 6 matches, letting opponents get 12 goals in all. In defence, Gaziantep have some weaknesses to address. Let’s see whether or not that trend can be continued on into this next match.

Checking out their prior head to head meetings going back to 01/09/2019, there has been little between the sides with Sivasspor winning 2 of those games, Gaziantep 2 and 2 being drawn in normal time.

In all, 20 goals were yielded between them in this period, with 7 of them from Yiğidolar and 13 belonging to Gaziantep. The average goals per game has been 3.33.

The previous league meeting between the two was Super Lig match day 24 on 05/02/2022 which ended up with the score at Gaziantep 5-1 Sivasspor.

For their opponents, Sivasspor got 13 attempts at goal with 5 on target. Dimitris Goutas (29') scored.

The referee was Mustafa Kürşad Filiz.

Due to a completely healthy group available to choose from, the Gaziantep manager Erol Bulut has zero fitness concerns to speak of ahead of this match.

For this match, we think that Gaziantep are dangerous enough to get a goal against this Sivasspor lineup, but that is unlikely to be as many as they will have scored against them.

Our tip is for a close game with a 2-1 win for Sivasspor when all is said and done. Definitely a tough call. 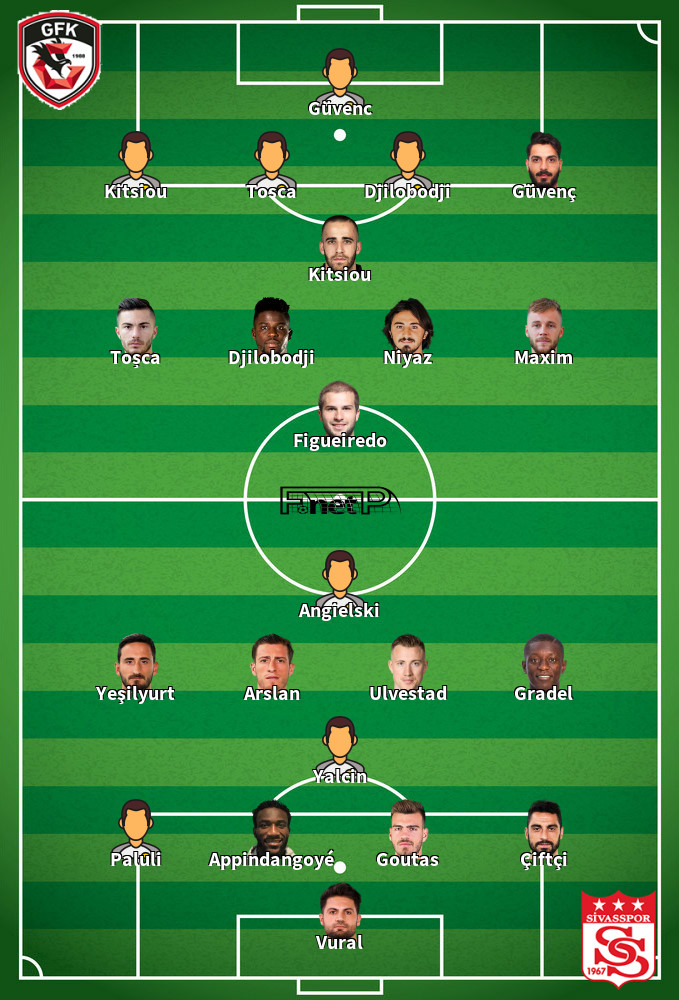 While we have made these predictions for Sivasspor v Gaziantep for this match preview with the best of intentions, no profits are guaranteed. Always gamble responsibly, and with what you can afford to lose. We wish you the best of luck.