Genoa will do battle with guests Pisa at Stadio Luigi Ferraris in this Serie B tie on Saturday.

View all of the Genoa v Pisa predictions, poll and stats below - as well as up-to-date odds.

Genoa will play in this fixture following on from a 0-0 Serie B drawn game against Pisa.

Their more recent scorelines show that quality has been evident in the Genoa backline. Genoa have given the opposition little, seeing the tally of goals that have gone in at their end over the course of their previous six outings standing at 3.

Coming into this fixture, Genoa are undefeated in their last 3 league matches at home.

A sequence of resolute displays from the Pisa defensive unit has seen their ‘goals against’ tally standing at 4 from their previous 6 clashes combined. Over that same period of time, the number of goals that they have scored themselves is 9. Nonetheless, time will tell whether that pattern will be maintained here in this match.

Heading into this fixture, Pisa are unbeaten in their previous 9 league matches away from home. Travelling very well.

On that occasion, Pisa managed 58% possession and 15 shots at goal with 4 of them on target.

Marko Pajac (Knee Surgery) and Caleb Ekuban (Achilles tendon surgery) are unavailable for Genoa gaffer Alberto Gilardino. Stefano Sabelli will not be able to play in this game through being suspended.

Due to a fully healthy squad available to select from, the Pisa manager Luca D'Angelo has zero fitness worries at all before this clash.

We believe that Pisa would be disappointed if they were not to find the net against this Genoa team, although it may not be enough to avoid defeat.

We are anticipating a narrow 2-1 winning score for Genoa when all is said and done. It should be a decent one. 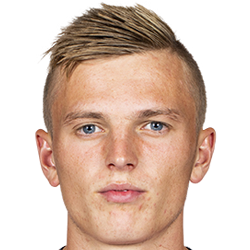 Normally deployed in the Right Wing position, Albert Guðmundsson was born in Reykjavík, Iceland. After having made a senior debut playing for Jong PSV in the 2015 - 2016 season, the accomplished Forward has got 3 league goals in the Serie B 2022 - 2023 season to date from a total of 19 appearances.

We have made these Genoa v Pisa predictions for this match preview with the best intentions, but no profits are guaranteed. Please always gamble responsibly, only with money that you can afford to lose. Good luck!