View all Giresunspor v Yeni Malatyaspor tips, stats and our pre-match poll below - plus the latest match odds.

Giresunspor head into this match after a 0-0 Super Lig drawn match versus Sivasspor.

In that game, Giresunspor managed 51% possession and 13 attempts on goal with 4 on target. Sivasspor had 6 attempts at goal with 0 on target.

Their more recent scorelines show that huge efforts have been put in by the Giresunspor backline. Giresunspor have been stingy, resulting in the number of goals that have flown into the back of their net over the course of their past 6 games standing at 4. It will be interesting to see if that trend will be sustained here.

Since being defeated in their last game at the hands of İstanbul Başakşehir in Super Lig action, Yeni Malatyaspor and their travelling supporters will be hoping that they can get a better result in this one.

The Giresunspor manager Hakan Keleş has no fitness worries whatsoever before this game with a completely healthy squad available to choose from.

Thanks to a completely injury-free squad ready to go, the Yeni Malatyaspor manager Marius Şumudică has zero fitness concerns to speak of coming into this clash.

Yeni Malatyaspor could find themselves up against it to score goals against this Giresunspor team who should win and very possibly keep a clean sheet.

We’re therefore expecting a hard-fought 1-0 winning score for Giresunspor when all is said and done. 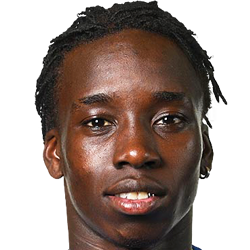 Usually deployed in the Striker position, Fousseni Diabaté was born in Aubervilliers, France. Having played his first senior match for GFC Ajaccio in the 2017 - 2018 season, the goalscoring Forward has bagged 3 league goals in this Süper Lig 2021 - 2022 season to date in 11 appearances.

While we have made these predictions for Giresunspor v Yeni Malatyaspor for this match preview with the best of intentions, no profits are guaranteed. Always gamble responsibly, and with what you can afford to lose. Good luck!