Linfield will be at Mourneview Park on Saturday for the Premiership game with home team Glenavon.

Glenavon will be hoping for a repeat of their last result, following a 0-3 Premiership success versus Warrenpoint Town.

Over their last 6 games, Gary Hamilton's Glenavon have found the net a combined total of 10 times - an average number of goals per match of 1.67.

Going into this one, Glenavon haven't lost in the league to Linfield in their last 2 games.

Linfield come into this clash after a 1-0 Premiership win against Cliftonville in their most recent fixture.

The only scorer from Linfield was Jordan Stewart (50').

A run of effective performances by the Linfield defenders has seen the number of goals they’ve conceded standing at 3 from their past 6 fixtures overall. During the same period of time, their forwards have scored 9. We will have to see if that trend will end up being continued on here.

Leading up to this clash, Linfield:

An examination of their most recent head to head meetings dating back to 22/11/2019 tells us that Glenavon have won 2 of them & Linfield 3, with the number of drawn games standing at 1.

A combined sum of 20 goals were shared by the two clubs in these games, with 6 of them from The Lurgan Blues and 14 coming from The Blues. That’s an average goals per game of 3.33.

The last league clash featuring these clubs was Premiership match day 6 on 25/09/2021 when it ended Glenavon 0-0 Linfield.

The match was refereed by Andrew Davey.

The Glenavon boss Gary Hamilton will be thankful to have no fitness concerns whatsoever ahead of this match owing to a completely injury-free squad available for selection.

Thanks to a completely healthy squad ready to go, the Linfield manager David Healy does not have any fitness worries to speak of before this match.

We feel that Linfield can see a lot of the ball and convert quite a few goal-scoring opportunities.

At the other end, Glenavon may well find it hard to score but we do see them getting the chances to score, too.

Accordingly, we see a fairly comfortable 1-3 winning score for Linfield when the full-time whistle blows. 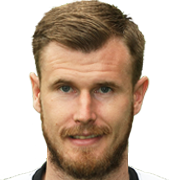 Normally taking up the Centre Midfield position, Michael O'Connor was born in Belfast, N. Ireland. Having made his senior debut playing for Crewe Alexandra in the 2005 - 2006 season, the accomplished Midfielder has managed to score 3 league goals in the Premiership 2021 - 2022 campaign to date in a total of 11 appearances.

We have made these Glenavon v Linfield predictions for this match preview with the best intentions, but no profits are guaranteed. Please always gamble responsibly, only with money that you can afford to lose.