NAC Breda will host visiting side Go Ahead Eagles at Rat Verlegh Stadion in the Eerste Divisie match on Monday.

View all of the NAC Breda v Go Ahead Eagles predictions, poll and stats below (plus the best game odds).

It has not been often in recent games where NAC Breda haven’t conceded. The facts show that De Parel van het Zuiden have been scored against in 5 of their previous 6 clashes, letting in 8 goals in the process. That trend might not be sustained into this game, though.

Their prior results show that NAC Breda:

In their previous fixture, Go Ahead Eagles drew 0-0 in the Eerste Divisie tie with Roda JC Kerkrade.

In that game, Go Ahead Eagles managed 40% possession and 5 shots at goal with 1 on target. On the other side, Roda JC Kerkrade got 9 attempts on goal with 2 on target.

A sequence of dependable displays by the Go Ahead Eagles defence has seen their ‘goals against’ tally amounting to 4 from their last 6 fixtures in total. In that period of time, their own forwards have managed to score 13.

Leading up to this clash, Go Ahead Eagles:

An examination of their past head to head results stretching back to 11/12/2015 tells us that these encounters have been disappointments for NAC Breda. They’ve not been able to get themselves any wins whatsoever whereas Go Ahead Eagles have remained in the ascendancy, finishing as winners in 67 per cent of those matches played.

In all, 15 goals were yielded between them throughout the course of those matches, with 2 from De Parel van het Zuiden and 13 coming from Trots aan de IJssel. That’s an average goals per game figure of 2.5.

The previous league encounter between these clubs was Eerste Divisie match day 16 on 11/12/2020 which finished with the scoreline of Go Ahead Eagles 0-0 NAC Breda.

We think that Go Ahead Eagles will have to work hard as a team to break down this NAC Breda side who we think will manage to get a goal of their own in a winning performance.

We’ve gone for a very even match with a 1-0 victory for NAC Breda when the full-time whistle blows. 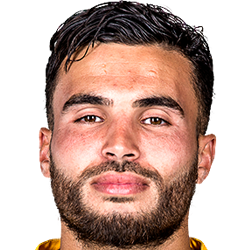 Customarily taking to the field in the Centre Midfield position, Mounir El Allouchi was born in Netherlands. Having made his senior debut playing for NAC Breda in the 2014 - 2015 season, the gifted Midfielder has scored a sum of 8 league goals in the Eerste Divisie 2020 - 2021 campaign so far coming from a total of 30 appearances.

We have made these NAC Breda v Go Ahead Eagles predictions for this match preview with the best intentions, but no profits are guaranteed. Please always gamble responsibly, only with money that you can afford to lose. Good luck with your selections.