Scroll down for all of our predictions, poll and stats for the Górnik Zabrze v Górnik Leczna game - plus the latest betting odds.

Górnik Zabrze fans will want a repeat of their previous result, being the 4-2 Ekstraklasa victory over Górnik Leczna.

Fixtures featuring Górnik Zabrze have proved to be engaging ones lately with a lot of goalmouth action the rule rather than the exception. Over their past six clashes, the sum of 28 goals have been scored for both teams combined (at an average of 4.67 goals per game) with 11 of these belonging to Górnik Zabrze.

The stats tell the story, and Górnik Leczna have been scored against in 5 of their last 6 matches, conceding 11 goals overall. Defensively, Górnik Leczna could really do with shoring things up. Let’s see if that trend will be continued on in this game.

A glance at their past head to head meetings stretching back to 23/08/2014 shows that Górnik Zabrze have won 3 of these games and Górnik Leczna 1, with the number of drawn results standing at 2.

A combined total of 11 goals were shared by the two clubs in this period, with 7 for Trójkolorowi and 4 netted by Łęczna. The average number of goals per game works out to 1.83.

The last league match featuring these clubs was Ekstraklasa match day 16 on 27/11/2021 when the final score was Górnik Leczna 1-2 Górnik Zabrze.

That time, Górnik Leczna had 48% possession and 6 shots at goal with 2 of them on target. Their only player to score was Janusz Gol (7').

The match was refereed by Zbigniew Dobrynin.

Looking at personnel, there is just a single fitness concern for the Górnik Zabrze manager Jan Urban to be concerned with thanks to an otherwise robust group. Alex Sobczyk (Unknown Injury) misses out.

With a fully healthy squad to choose from, the Górnik Leczna boss Marcin Prasoł has no fitness concerns to speak of ahead of this clash.

We’re of the view that Górnik Zabrze should get the goals that they need when they play Górnik Leczna, who will be up against it getting goals.

Our selection here is for a decent 2-0 margin for Górnik Zabrze after 90 minutes. 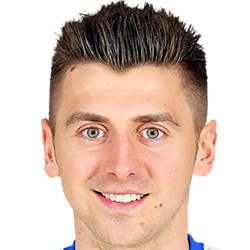 Customarily deployed in the Centre Midfield position, Bartosz Nowak was born in Radom, Poland. Having made his senior debut playing for in the 2016 - 2017 season, the gifted Midfielder has contributed 8 league goals in this Ekstraklasa 2021 - 2022 season so far from a total of 32 appearances.

While we have made these predictions for Górnik Zabrze v Górnik Leczna for this match preview with the best of intentions, no profits are guaranteed. Always gamble responsibly, and with what you can afford to lose. Best of luck.