Return to this page a few days before the scheduled game when this expired prediction will be updated with our full preview and tips for the next match between these teams.
Full-Time Result Prediction for Górnik Zabrze vs Arka Gdynia
Górnik Zabrze to Win
The Ekstraklasa tie at Stadion im. Ernesta Pohla on Friday will see home team Górnik Zabrze go up against opponents Arka Gdynia.

When taking everything into account, Arka Gdynia will need to put in a solid display to see themselves scoring against this Górnik Zabrze team who we reckon will be able to get on the scoresheet themselves in a winning performance. We therefore see a very even contest with a 1-0 winning margin for Górnik Zabrze at the end of the match. Let’s see. All Górnik Zabrze v Arka Gdynia game predictions, stats and user poll are shown below - along with the latest match odds.

Their past results show that Arka Gdynia:

Going into this contest, Górnik Zabrze are unbeaten in their previous 5 league matches at home. 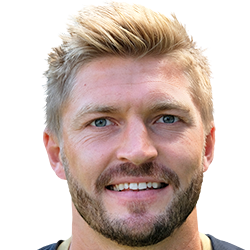 Mostly played in the Central Defensive Midfielder position, Szymon Matuszek was born in Poland. Having made his senior debut playing for Jagiellonia Białystok in the 2008 - 2009 season, the accomplished Midfielder has managed 2 league goals in the Ekstraklasa 2019 - 2020 season so far coming from a total of 16 appearances.

We have made these Górnik Zabrze v Arka Gdynia predictions for this match preview with the best intentions, but no profits are guaranteed. Please always gamble responsibly, only with money that you can afford to lose. We wish you the best of luck.