Our Göztepe v MKE Ankaragücü predictions, statistics and match poll can be seen below (including the best match odds).

The only name on the scoresheet from Göztepe was Cherif Ndiaye (13'). Arvydas Novikovas (67') scored for BB Erzurumspor.

Over their past six fixtures, İlhan Palut's Göztepe have managed to score 6 times - an average number of goals scored per match of 1.

In the game prior to this, MKE Ankaragücü drew 2-2 in the Super Lig tie with Fatih Karagümrük.

The stats tell the story, and MKE Ankaragücü have been scored against in 5 of their last 6 matches, letting opponents get 11 goals in all. At the back, Kupa beyi have clearly had some problems.

Heading into this contest, MKE Ankaragücü haven’t won away from home in the past 3 league matches.

The previous league fixture between the two was Super Lig match day 31 on 08/07/2020 when it finished Göztepe 2-2 MKE Ankaragücü.

The referee was Firat Aydinus.

Thanks to a mainly full-strength group, there’s only a single fitness problem for the MKE Ankaragücü manager Fuat Çapa to contend with. Alper Potuk (Unknown Injury) won’t be in action. Ante Kulusic is ineligible for this match because of suspension.

We feel that MKE Ankaragücü might well have a job on their hands to break down this Göztepe lineup who we reckon will end up scoring and staying ahead.

Our tip is therefore for a very even match with a 1-0 advantage for Göztepe after 90 minutes. 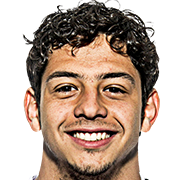 Regularly taking up the Right Wing position, Guilherme was born in Três Rios, Brazil. After making a first senior appearance for Braga in the 2010 - 2011 season, the goalscoring Forward has scored 2 league goals in this Süper Lig 2020 - 2021 campaign to date coming from a total of 6 appearances.

We have made these Göztepe v MKE Ankaragücü predictions for this match preview with the best intentions, but no profits are guaranteed. Please always gamble responsibly, only with money that you can afford to lose. We wish you the best of luck.