Our Real Valladolid v Granada predictions, statistics and match poll can be seen below - plus the latest betting odds.

Real Valladolid will be looking for an improved result here after the 1-0 La Liga defeat last time out to Barcelona.

Real Valladolid have struggled with their forward play in recent times. Their ‘goals for’ figure equals just 4 vs opponents over the course of their last six fixtures. In those games, Pucela have also seen the tally of goals scored against them total 5.

Going into this contest, Real Valladolid are undefeated in their last 2 league matches at home.

Following on from being beaten in their last game against Manchester United in Europa League action, Granada and their travelling fans will hope for a better result here.

In the course of their 6 most recent matches, Diego Martínez's Granada have seen their efforts on goal rewarded 5 times thus yielding them the goals scored per game average of 0.83.

Their previous form shows that Granada:

Looking at their most recent head to head meetings dating back to 18/05/2014 tells us that Real Valladolid have won 2 of these games and Granada 3, with the tally of drawn games standing at 1.

A combined total of 14 goals were shared by the two clubs during those clashes, with 7 for Pucela and 7 netted by Nazaríes. That’s an average goals per game figure of 2.33.

The last league fixture between these sides was La Liga match day 10 on 22/11/2020 which finished with the scoreline of Granada 1-3 Real Valladolid.

On that occasion, Granada had 59% possession and 16 shots on goal with 6 on target. Their only player on the scoresheet was Domingos Duarte (63').

Due to a mostly healthy squad, there’s just the sole fitness problem for the Granada boss Diego Martínez to be concerned about. Luis Milla (Muscle Injury) won’t be playing here.

We’re envisaging that Granada may well find it hard to find the net against this Real Valladolid team who should win and very possibly keep a clean sheet.

We therefore think that it’s going to be a narrow 1-0 winning margin for Real Valladolid at the end of the match. 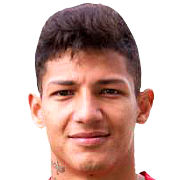 Generally played in the Striker position, Maranhão was born in Brazil. Having made a first senior appearance for CD Mirandés in the 2019 - 2020 season, the gifted Forward has hit 3 league goals in the LaLiga 2020 - 2021 season so far coming from a total of 14 appearances.

We have made these Real Valladolid v Granada predictions for this match preview with the best intentions, but no profits are guaranteed. Please always gamble responsibly, only with money that you can afford to lose. We wish you the best of luck.