Karlsruhe are the guests at Sportpark Ronhof Thomas Sommer on Friday for the Bundesliga 2 tie with home side Greuther Furth.

Scroll down to see all of the predictions, poll and statistics for Greuther Furth v Karlsruhe (inc. the best betting odds).

Greuther Furth enter this match following on from a 0-0 Bundesliga 2 tied result versus Karlsruhe.

It has not been often in recent games where Greuther Furth have kept a clean sheet. The reality is that Greuther Furth have failed to prevent opponents from scoring in 6 of their previous 6 clashes, giving up 12 goals during that time. That sort of trend isn’t assured to be carried forward into this match, of course.

Analysis of their past results shows that Greuther Furth:

Indicating their penchant for action-packed encounters, we’ve seen goals 26 times in the last six games in which Karlsruhe have sent out their troops, making it a mean average of 4.33 goals for each clash. Their opponents have got 14 from this total.

A look at their previous results shows us that Karlsruhe:

A review of their prior head-to-head meetings dating back to 02/12/2016 shows that Greuther Furth have won 2 of these and Karlsruhe 3, with the number of drawn games standing at 1.

Those games weren’t short on goals, either, with 22 overall at an average of 3.67 goals per match.

The previous league contest between these sides was Bundesliga 2 match day 32 on 08/05/2021 when it ended Greuther Furth 2-2 Karlsruhe.

That day, Greuther Furth managed 61% possession and 16 shots at goal with 6 of them on target. The goalscorers were Håvard Nielsen (26') and Branimir Hrgota (70').

Karlsruhe got 7 shots at goal with 3 of them on target. Philipp Hofmann (4') and Marco Thiede (36') scored.

The Greuther Furth boss Marc Schneider has a full complement, with no fitness concerns to speak of coming into this clash thanks to a completely healthy squad to pick from.

It’s likely that Karlsruhe will surely find it tough to put one past a Greuther Furth lineup who should win well here.

We can see a commanding 3-0 winning margin for Greuther Furth at full-time. 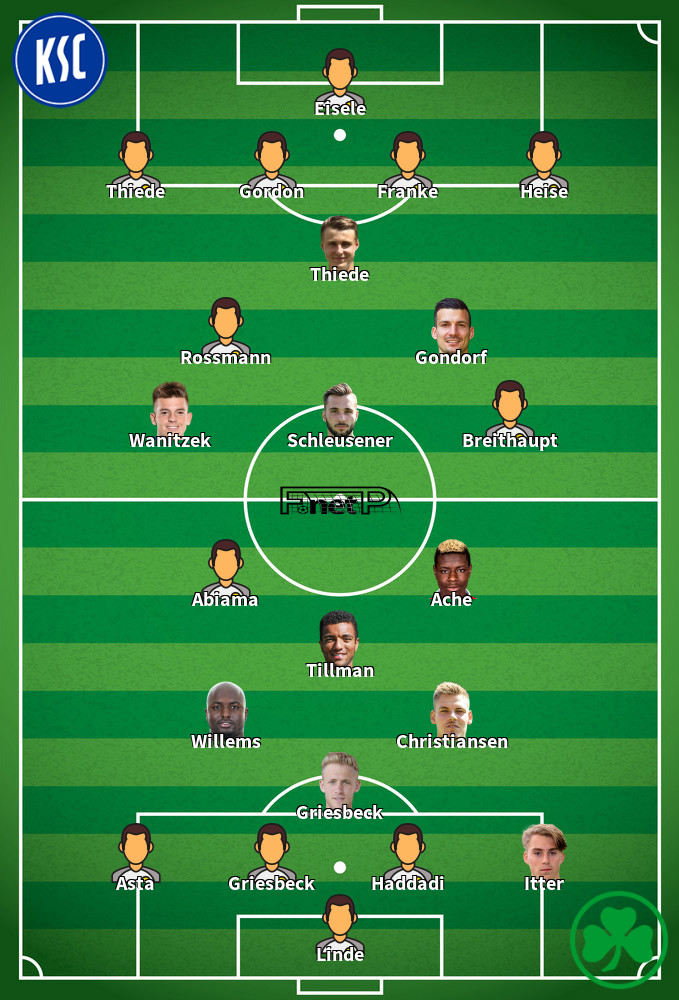 While we have made these predictions for Greuther Furth v Karlsruhe for this match preview with the best of intentions, no profits are guaranteed. Always gamble responsibly, and with what you can afford to lose. Best of luck.