Grimsby Town come up against the visiting Stevenage at Blundell Park in this League Two meeting on Saturday.

Our Grimsby Town v Stevenage predictions, statistics and match poll can be seen below - plus the latest match odds.

Grimsby Town will be hoping to bounce back here following a 1-3 League Two losing effort in their last game against Doncaster Rovers.

It has been seldom in recent games that Grimsby Town have kept a clean sheet. The facts show that Grimsby Town have seen their defence breached in 5 of their previous 6 games, giving up 8 goals during that time. Regardless, we will just have to wait and see if such a trend will be sustained in this next game or not.

Going into this encounter, Grimsby Town have not beaten Stevenage in their previous 2 league matches.

Stevenage come into this game following on from a 1-0 League Two win with the eclipse of Hartlepool United in their most recent outing.

The only player to score from Stevenage was Danny Rose (79').

In their last six outings, Stevenage have helped themselves to a tally of 7 goals. Stevenage have also scored in every single one of those games. In that time, their defenders have had 5 goals scored by their opponents.

Heading into this contest, Stevenage have not been beaten in their last 4 away league matches.

Looking over their past head to head clashes going back to 22/09/2018 shows us that Grimsby Town have won 1 of these & Stevenage 4, with the number of drawn matches being 1.

In all, 13 goals were scored between them throughout the course of those matches, with 5 from The Mariners and 8 coming from Boro. This gives an average number of goals per game equal to 2.17.

The previous league clash featuring the two was League Two match day 27 on 30/01/2021 which ended up with the score at Grimsby Town 1-2 Stevenage.

The Grimsby Town boss Paul Hurst does not have any fitness concerns to speak of ahead of this clash with a fully healthy group ready to go.

Owing to a fully injury-free squad to choose from, the Stevenage manager Steve Evans has zero fitness worries whatsoever ahead of this clash.

Grimsby Town might well have a job on their hands to breach the defence of this Stevenage side who we think will just have the edge.

We’re therefore anticipating a hard-fought 0-1 advantage for Stevenage at the end of the 90 minutes. 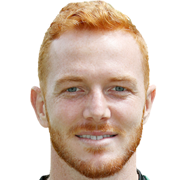 Regularly deployed in the Striker position, Ryan Taylor was born in England. Having played his first senior match for Rotherham United in the 2005 - 2006 season, the gifted Forward has scored a sum of 3 league goals in this League Two 2022 - 2023 campaign to date from a total of 15 appearances.

While we have made these predictions for Grimsby Town v Stevenage for this match preview with the best of intentions, no profits are guaranteed. Always gamble responsibly, and with what you can afford to lose. Good luck if you do place a bet today.