Hammarby IF play host to away team IK Sirius at Tele2 Arena in the Allsvenskan fixture on Saturday.

All Hammarby IF v IK Sirius match predictions, user poll and stats are shown below - as well as up-to-date odds.

Hammarby IF go into this fixture after a 1-1 Allsvenskan drawn result versus BK Häcken.

Stefan Billborn's Hammarby IF have scored 9 times over their prior 6 outings. The corresponding tally of goals that have been scored against them in that same time stands at 8.

Their prior results show that Hammarby IF:

In their previous fixture, IK Sirius drew 1-1 in the Allsvenskan match with Kalmar FF.

The numbers tell their own story, and IK Sirius have been scored against in 5 of their last 6 games, seeing opposing sides hit 6 goals in all. In defence, Blåsvart have not been doing too well.

Ahead of this clash, IK Sirius have not been beaten in their last 2 away league matches.

Checking on their past head-to-head clashes stretching back to 01/04/2018 shows us that Hammarby IF have won 3 of them & IK Sirius 1, with the number of drawn games being 2.

An aggregate of 16 goals were scored between them in this period, with 10 from Bajen and 6 created by Blåsvart. The average number of goals per game works out to 2.67.

The last league fixture between these clubs was Allsvenskan match day 17 on 22/08/2020 and the score finished IK Sirius 3-1 Hammarby IF.

For their opponents, Hammarby IF had 15 shots at goal with 5 on target. Paulinho (39') scored.

Hammarby IF boss Stefan Billborn will be thankful to have no fitness worries to speak of coming into this match thanks to a completely healthy squad available to choose from.

With a fully injury-free squad available for selection, IK Sirius manager Daniel Bäckström does not have any fitness worries to report before this match.

In this match, Hammarby IF should be able to create a high number of chances and successful shots on target.

In contrast, IK Sirius will be up against it to make a breakthrough although we do think that they will probably end up managing to get on the scoresheet, too.

We’re tipping a 3-1 victory for Hammarby IF when all’s said and done. 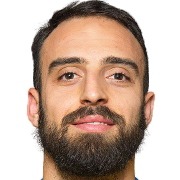 Normally used in the Centre Midfield position, Abbe Khalili was born in Helsingborg, Sweden. After making a first senior appearance for Helsingborgs IF in the 2010 season, the goalscoring Midfielder has accumulated 2 league goals in the Allsvenskan 2021 season so far coming from a total of 4 appearances.

While we have made these predictions for Hammarby IF v IK Sirius for this match preview with the best of intentions, no profits are guaranteed. Always gamble responsibly, and with what you can afford to lose.