The Allsvenskan tie at Tele2 Arena on Sunday will see home side Hammarby IF facing opposition in the form of Mjällby AIF.

Our Hammarby IF v Mjällby AIF predictions, statistics and match poll can be seen below - plus the latest match odds.

Hammarby IF will play in this match following on from a 1-1 Allsvenskan drawn game vs Djurgårdens IF.

Three or more goals per match were seen in 5 of the last 6 meetings where Hammarby IF have participated. Opposition teams scored 10 of them in this period whereas Bajen bagged a total of 10.

Analysis of their past results shows that Hammarby IF:

Mjällby AIF head into the encounter following on from a 3-2 Allsvenskan win against Helsingborgs IF in their most recent game.

Illustrating their involvement in fruitful matches, goals have been seen as many as 21 times in the previous 6 matches in which Mjällby AIF have taken to the pitch, giving a mean average of 3.5 goals for each clash. Their opponents have managed 8 from this total. That kind of pattern might not be carried forward into this next game, of course.

Going into this encounter, Mjällby AIF are without an away win for the past 2 league games.

Hammarby IF manager Stefan Billborn has zero fitness concerns at all ahead of this clash owing to a completely injury-free group to choose from.

With a completely injury-free group to pick from, Mjällby AIF manager Marcus Lantz has zero fitness worries to speak of ahead of this clash.

It looks to us that Hammarby IF can and should be able to create a high number of chances and successful shots on target.

Conversely, Mjällby AIF could well struggle to get shooting opportunities but we do fancy them being dangerous at times, too.

Therefore, we are anticipating a comfortable 3-1 win for Hammarby IF by the time that the referee blows the final whistle. 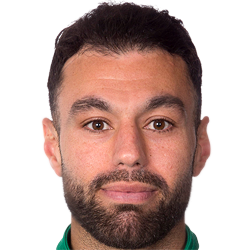 Mostly played in the Central Attacking Midfielder position, Imad Khalili was born in Dubai, UAE. Having made his senior debut playing for Helsingborgs IF in the 2005 season, the goalscoring Midfielder has managed 4 league goals in the Allsvenskan 2020 campaign to date from a total of 19 appearances.

We have made these Hammarby IF v Mjällby AIF predictions for this match preview with the best intentions, but no profits are guaranteed. Please always gamble responsibly, only with money that you can afford to lose. Good luck if you do place a bet today.