Derry City prepare for this game following on from a 1-1 Premier Division drawn match vs Bohemian FC.

The only player to score from Derry City was Will Patching (35'). Promise Omochere (15') was the scorer for Bohemian FC.

It’s been a rare occasion in recent times where Derry City have managed to hold out for a full 90 minutes. In fact, Derry City have failed to prevent opponents from scoring in 5 of their previous 6 matches, leaking 6 goals in the process.

Analysis of their past results shows that Derry City:

St. Patrick's Athletic will go into the encounter following a 0-4 Premier Division win as they beat Drogheda United in their last outing.

The trend of at least one team not managing to score in games featuring St. Patrick's Athletic has been apparent recently. A glance at their last 6 meetings reveals that this has happened 5 times. During these clashes, opposing sides have managed a goal total of 6 and St. Patrick's Athletic have scored 8. That kind of pattern won’t necessarily be carried forward here, though.

A look at their past head-to-head clashes going back to 09/04/2021 shows that Derry City have won 3 of these & St. Patrick's Athletic 2, with the number of drawn results standing at 1.

A combined total of 15 goals were yielded between them throughout the course of those matches, with 9 of them from The Candystripes and 6 created by Saints. This gives an average number of goals per game equal to 2.5.

The previous league encounter featuring these clubs was Premier Division match day 13 on 29/04/2022 when the final score was St. Patrick's Athletic 0-4 Derry City.

Looking at personnel, there is just one fitness concern for the Derry City manager Ruaidhrí Higgins to contend with from an otherwise fully-primed set of players. Michael Duffy (Tibia Fracture) will miss out.

With a fully injury-free group ready to go, the St. Patrick's Athletic manager Tim Clancy has no fitness worries to speak of coming into this match.

We feel that over the course of the game, St. Patrick's Athletic will do well to get anything against this Derry City lineup who we think will just have the edge.

We’re therefore seeing a very even match with a 1-0 victory for Derry City at the end of this game. 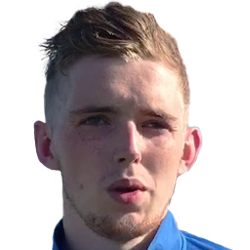 Normally taking up the Striker position, Jamie McGonigle was born in Dungiven, N. Ireland. After making a first senior appearance for Coleraine in the 2014 - 2015 season, the talented Forward has contributed 9 league goals in this Premier Division 2022 campaign to date in 13 appearances.

We have made these Derry City v St. Patrick's Athletic predictions for this match preview with the best intentions, but no profits are guaranteed. Please always gamble responsibly, only with money that you can afford to lose.