Waterford make the trip to Dalymount Park on Friday for the Premier Division showdown with home team Bohemian FC.

Our full set of predictions, statistics and match poll for Bohemian FC v Waterford can be seen below - as well as up-to-date odds.

Bohemian FC will be hoping to bounce back here following the 1-0 Premier Division loss in their previous game against Shamrock Rovers.

Their most recent results show that not much more can be done by the Bohemian FC rearguard. The Bohs have given the opposition little, with the tally of goals that have flown into the back of their net during their past 6 outings standing at 3.

Ahead of this clash, Bohemian FC are unbeaten in their last 4 league matches at home.

Waterford will go into the game following on from a 3-0 Premier Division win versus St. Patrick's Athletic in their previous outing.

John Sheridan's Waterford have managed to stick the ball in the net a total of 8 times throughout their latest six matches. The number of goals that have been scored against them during that period comes to 8.

Coming into this meeting, Waterford are without a win away from home in their last 2 matches in the league.

Checking out their prior head to head meetings stretching back to 05/10/2018, there is nothing to separate the two clubs with Bohemian FC winning 2 of those games, Waterford 2 and 2 being draws in regulation time.

In all, 12 goals were scored between them in these games, with 6 for The Bohs and 6 created by The Blues. That’s an average goals per game of 2.

The previous league contest featuring these sides was Premier Division match day 2 on 21/02/2020 which ended up with the score at Waterford 0-2 Bohemian FC.

Bohemian FC manager Keith Long has zero fitness worries to speak of coming into this game owing to a completely healthy squad available to select from.

Due to a fully healthy group available to select from, Waterford boss John Sheridan has zero fitness concerns at all ahead of this game.

We feel that in this game, Waterford have it within them to find the back of the net against this Bohemian FC team, although it isn’t expected to prevent them from conceding a couple at the other end.

Our selection here is for a 2-1 win for Bohemian FC at the end of this one. Could easily see this go either way.

Both Teams to Score Prediction for Bohemian FC vs Waterford
Yes 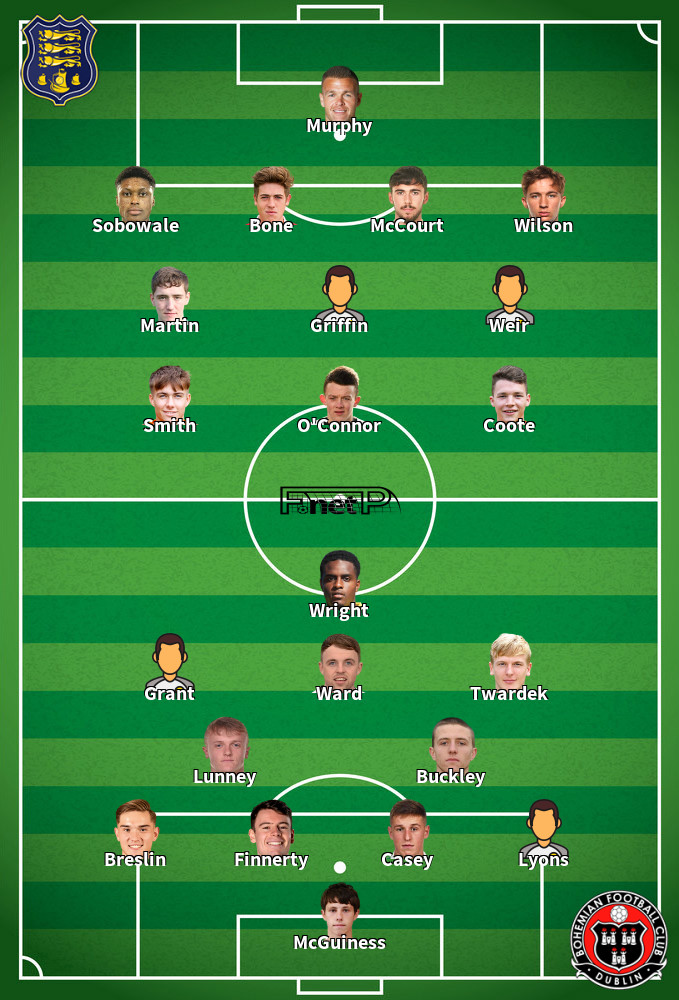 Mostly playing in the Right Attacking Midfielder position, Daniel Grant was born in Rep. Ireland. After having played his first senior match for Bohemian FC in the 2018 season, the skilful Midfielder has scored a sum of 2 league goals in the Premier Division 2020 season to date in 8 appearances.

While we have made these predictions for Bohemian FC v Waterford for this match preview with the best of intentions, no profits are guaranteed. Always gamble responsibly, and with what you can afford to lose. We wish you the best of luck.