Hannover will face off against guests Würzburger Kickers at HDI-Arena in the Bundesliga 2 game on Thursday.

All Hannover v Würzburger Kickers match predictions, user poll and stats are shown below - as well as the best betting odds.

Hannover will play in this fixture coming off the back of a 3-3 Bundesliga 2 drawn result against Hamburg.

Hannover have been conceding pretty frequently recently, although they have also done enough to score goals themselves. Over their last 6 matches, Hannover have conceded in 5 of them as well as managing to get on the scoresheet in 5 of those games. That pattern might not be carried forward into this match, though.

A look at their previous results shows us that Hannover:

Following on from suffering a loss in their previous game against SV Sandhausen in Bundesliga 2 competition, Würzburger Kickers and their travelling fans will hope for a better result here.

In that match, Würzburger Kickers managed 47% possession and 10 shots on goal with 1 on target. For their opponents, SV Sandhausen got 15 shots at goal with 7 on target. Kevin Behrens (44') scored for SV Sandhausen.

The stats tell the story, and Würzburger Kickers have been scored against in 6 of their last 6 games, letting opponents get 10 goals in total. At the back, Würzburg have clearly had some problems.

Ahead of this meeting, Würzburger Kickers are without an away win for the past 5 matches in the league.

The previous league contest featuring these clubs was Bundesliga 2 match day 8 on 22/11/2020 when it finished Würzburger Kickers 2-1 Hannover.

With a completely injury-free squad to choose from, Würzburger Kickers boss Ralf Santelli does not have any fitness worries at all before this match.

When taking all factors into account, Hannover look likely to score a couple of goals when they meet Würzburger Kickers, who could well struggle to get a goal of their own.

We’re therefore expecting to see a controlled 2-0 winning score for Hannover at the end of the 90 minutes. 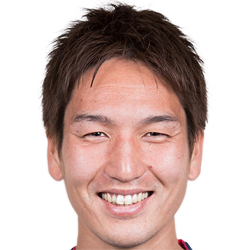 Regularly taking to the field in the Left Attacking Midfielder position, Genki Haraguchi was born in Kumagaya, Japan. Having played his first senior match for Urawa Red Diamonds in the 2009 season, the talented Midfielder has accumulated 5 league goals in this Bundesliga 2 2020 - 2021 campaign to date in 24 appearances.

While we have made these predictions for Hannover v Würzburger Kickers for this match preview with the best of intentions, no profits are guaranteed. Always gamble responsibly, and with what you can afford to lose. Best of luck with your selections.