Return to this page a few days before the scheduled game when this expired prediction will be updated with our full preview and tips for the next match between these teams.
Full-Time Result Prediction
👉
Helsingborgs IF to Win

Helsingborgs IF will face off against away side Trelleborgs FF at Olympia in the Superettan meeting on Tuesday.

View all of the Helsingborgs IF v Trelleborgs FF predictions, poll and stats below - as well as up-to-date odds.

Helsingborgs IF go into this game following on from a 2-2 Superettan stalemate against AFC Eskilstuna.

Jörgen Lennartsson's Helsingborgs IF have found the net a sum total of 10 times in their preceding half-dozen outings. The comparative tally of goals that they have conceded in those same fixtures amounts to 6.

Their past results show that Helsingborgs IF:

Trelleborgs FF will go into this clash following on from a 3-1 Superettan win to beat IK Brage in their most recent fixture.

The trend of at least one team not scoring a goal in games involving Trelleborgs FF has been apparent in recent matches. Looking at their last six meetings shows that it’s occurred 5 times. In these clashes, opposing sides have managed a goal aggregate of 2 and Trelleborgs FF have scored 8. Such a pattern isn’t assured to follow through into this game, though.

Going into this encounter, Trelleborgs FF are without a win away from home in their last 2 matches in the league.

A look at their prior head to head clashes dating back to 25/08/2010 shows that Helsingborgs IF have won 4 of them and Trelleborgs FF 1, with the number of drawn results standing at 1.

A sum of 20 goals were scored between them during those clashes, with 13 of them for Di Röe and 7 for Trelleborg. The average number of goals per game works out to 3.33.

The previous league encounter between these sides was Superettan match day 14 on 31/07/2021 when the final score was Trelleborgs FF 2-0 Helsingborgs IF.

The referee was Richard Sundell.

It doesn’t get much better regarding selection, with just the sole fitness concern for the Helsingborgs IF manager Jörgen Lennartsson to be concerned about from an otherwise fully-primed group of players. Assad Al Hamlawi (Fatigue fracture) misses out.

Due to a completely injury-free group available for selection, the Trelleborgs FF boss Kristian Haynes does not have any fitness worries at all before this clash.

Looking at these two teams, we feel that Trelleborgs FF may well find it hard to break down this Helsingborgs IF side who will likely win and very possibly keep a clean sheet.

We therefore think that it’s going to be a narrow 1-0 win for Helsingborgs IF at the conclusion of the game. 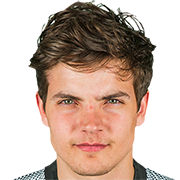 Typically used in the Centre Midfield position, Brandur Hendriksson was born in Skálavík, Faroe Islands. Having played his first senior match for FC Copenhagen in the 2014 - 2015 season, the gifted Midfielder has bagged 3 league goals in the Superettan 2021 campaign so far in 17 appearances.

We have made these Helsingborgs IF v Trelleborgs FF predictions for this match preview with the best intentions, but no profits are guaranteed. Please always gamble responsibly, only with money that you can afford to lose. Good luck if you do place a bet today.