IK Brage arrive at Borås Arena on Tuesday for the Superettan tie with hosts Norrby IF.

Scroll down for all of our predictions, poll and stats for the Norrby IF v IK Brage game - plus the latest betting odds.

Norrby IF enter this match following a 2-2 Superettan drawn game against IK Brage.

Fixtures involving Norrby IF have proved to be entertaining encounters recently with high scoring being a real hallmark. Over their past half dozen games, a total of 21 goals have flown in for both sides combined (at an average of 3.5 goals per game) with 8 of those belonging to Norrby IF. That trend won’t necessarily follow through into this game, though.

Their previous form shows that Norrby IF:

In their last 6 clashes, IK Brage have amassed a tally of 10 goals. IK Brage have additionally got on the scoresheet in every single one of those games. During that period, they’ve had 6 goals go into their own net.

An examination of their past head to head clashes stretching back to 26/08/2019 tells us that Norrby IF have won 1 of these & IK Brage 4, with the tally of drawn matches being 1.

Those games weren’t short on goals, either, with 22 overall which averages out at 3.67 goals per meeting.

The last league meeting between the two was Superettan match day 10 on 28/05/2022 and the score finished IK Brage 2-1 Norrby IF.

The Norrby IF manager Mak Lind will be grateful to have no fitness worries to speak of coming into this game owing to a fully injury-free group available to choose from.

With a completely injury-free squad available to select from, the IK Brage boss Klebér Saarenpää has no fitness concerns at all ahead of this match.

Our thinking is that IK Brage may well find it hard to be putting a goal past this Norrby IF side who we think will get a goal themselves and run out victorious.

We therefore think that it’s going to be a hard-fought 1-0 win for Norrby IF at the end of the 90. 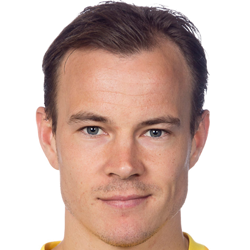 Typically deployed in the Centre Midfield position, Anton Wede was born in Fagersta, Sweden. Having played his first senior match for Falkenbergs FF in the 2011 season, the gifted Midfielder has bagged 6 league goals in this Superettan 2022 campaign so far in 17 appearances.

We have made these Norrby IF v IK Brage predictions for this match preview with the best intentions, but no profits are guaranteed. Please always gamble responsibly, only with money that you can afford to lose. Good luck if you do place a bet today.