Ilves take on visiting team RoPS at Tammela Stadion in the Veikkausliiga tie on Wednesday.

Our Ilves v RoPS tips, poll and stats can be seen in full below including the latest game odds.

Jarkko Wiss's Ilves have seen rewards for their attempts on goal a sum total of 5 times in their preceding 6 outings. At the other end, the tally of goals that they have conceded in those same fixtures stands at 10.

After suffering a loss in their previous game against TPS Turku in Veikkausliiga action, RoPS and their fans will hope to get a better result this time.

The stats don’t lie, and RoPS have been scored against in 6 of their last 6 games, letting opponents get 11 goals in all. In defence, RoPS have seen their frailties exposed.

Their past results show that RoPS:

Checking out their prior head to head meetings stretching back to 07/05/2018, there has been little to separate the clubs with Ilves winning 2 of those games, RoPS 2 and 2 being draws after 90 minutes of play.

An aggregate of 11 goals were shared by the two clubs during those clashes, with 5 for Ipa and 6 for RoPS. That’s an average goals per game figure of 1.83.

The previous league meeting featuring the two was Veikkausliiga match day 4 on 21/07/2020 when it ended RoPS 1-1 Ilves.

The referee was Jari Järvinen.

Ilves boss Jarkko Wiss has a full complement, with no fitness worries at all before this match thanks to a fully injury-free squad available for selection.

Owing to a fully injury-free squad available to choose from, RoPS manager Vesa Tauriainen has zero fitness worries to report ahead of this game.

We envisage that Ilves will most probably have the majority of the possession and should be able to turn a few of their chances into goals.

Conversely, RoPS may well struggle to find the back of the net but we do think that it’s more than likely that they will be hitting back at some stage here, too.

We’re therefore expecting to see a comfortable 3-1 victory for Ilves after 90 minutes.

📚 What are the best odds for this match?

Looking at what the bookmakers’ view is of this game on the 90 minute result market, backing Ilves can be had for 1.4167, a bet on the draw is 4.6 and betting on the winner to be RoPS comes in at 7.5. Those are the best returns on offer as of now. 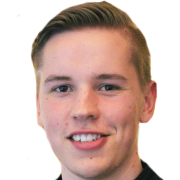 Mostly deployed in the Right Wing position, Ilari Mettälä was born in Finland. Having made his senior debut playing for Ilves in the 2020 season, the accomplished Forward has netted 2 league goals in this Veikkausliiga 2020 campaign so far coming from a total of 3 appearances.

We have made these Ilves v RoPS predictions for this match preview with the best intentions, but no profits are guaranteed. Please always gamble responsibly, only with money that you can afford to lose. Best of luck.

⚽️ Where can I get the odds for other Veikkausliiga games?

You can see all of the upcoming (and previous) Veikkausliiga predictions & previews here.