Independiente fans will want a repeat of their previous result, being a 0-1 Superliga victory vs Unión de Santa Fe.

Independiente haven’t been able to stop scoring goals, finding the back of the net in one hundred percent of their last 6 matches.

They have totted up the amount of 9 during that period and have conceded a total of 6.

After being defeated in their last game at the hands of Sarmiento in Superliga competition, Newell´s Old Boys will be hoping to turn things around here.

In that match, Newell´s Old Boys managed 62% possession and 19 shots at goal with 6 of them on target. At the other end, Sarmiento got 6 attempts on goal with 2 on target. Yair Arismendi (58') scored for Sarmiento.

During their 6 latest matches, Javier Sanguinetti's Newell´s Old Boys have slotted home a total of 6 times thus giving them the goals scored per game average of 1.

Heading into this fixture, Newell´s Old Boys have not been beaten in their last 2 away league matches.

A look at their most recent head to head clashes going back to 07/05/2017 tells us that Independiente have won 3 of these games and Newell´s Old Boys 2, with the number of drawn matches being 1.

An aggregate of 20 goals were scored between them in this period, with 11 for El Diablo Rojo and 9 being from La Lepra. That is an average goals per game value of 3.33.

The previous league match between these sides was Superliga match day 19 on 31/10/2021 when it finished Newell´s Old Boys 1-0 Independiente.

On that day, Newell´s Old Boys managed 43% possession and 6 shots on goal with 2 of them on target. The scorer was Román Bravo (94').

For their opponents, Independiente got 12 shots at goal with 3 of them on target.

The referee was Fernando Espinoza.

The Independiente manager Julio Falcioni will be grateful not to have any fitness concerns to speak of ahead of this game owing to a completely healthy group available to choose from.

Owing to a fully injury-free group available to select from, the Newell´s Old Boys manager Javier Sanguinetti has zero fitness concerns whatsoever ahead of this clash.

We feel that Newell´s Old Boys certainly have the ability to score against this Independiente side, although it probably shouldn’t be enough to avoid a loss.

We think that it’s going to be a narrow 2-1 winning margin for Independiente when the full-time whistle blows. Definitely a tough call. 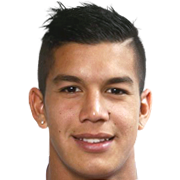 Usually deployed in the Central Defensive Midfielder position, Lucas Romero was born in Argentina. After making a first senior appearance for Vélez Sarsfield in the 2012 - 2013 season, the talented Midfielder has hit 3 league goals in the Primera División 2022 campaign to date coming from a total of 18 appearances.

While we have made these predictions for Independiente v Newell´s Old Boys for this match preview with the best of intentions, no profits are guaranteed. Always gamble responsibly, and with what you can afford to lose. Good luck with your selections.