Palmeiras play host to away side Internacional at Allianz Parque in this Serie A tie on Sunday.

Palmeiras prepare for this game coming off the back of a 0-0 Serie A drawn match vs Bahia.

In that match, Palmeiras had 48% possession and 9 attempts at goal with 2 on target. On the other side, Bahia got 17 shots on goal with 5 of them on target.

It’s been all too rare in recent times that Palmeiras have kept a clean sheet. The reality is that Palmeiras have failed to prevent opponents from scoring in 5 of their previous 6 clashes, giving up 10 goals along the way. Regardless, it remains to be seen whether that trend might be replicated in this next game.

Heading into this contest, Palmeiras have not won at home in their last 3 league games.

Internacional head into the match after a 3-1 Serie A win against América Mineiro in their most recent match.

Taking a look at their past results, Internacional:

Looking at their past head-to-head clashes dating back to 26/08/2018 tells us that Palmeiras have won 2 of these and Internacional 1, with the tally of draws standing at 3.

A total of 10 goals were yielded between them throughout the course of those matches, with 5 of them from Verdão and 5 coming from Colorado. The average number of goals per game works out to 1.67.

The previous league contest featuring these sides was Serie A match day 8 on 30/06/2021 which finished with the scoreline of Internacional 1-2 Palmeiras.

On that occasion, Internacional managed 66% possession and 15 shots on goal with 5 of them on target. Their only player on the scoresheet was Edenílson (65').

For their opponents, Palmeiras had 14 attempts on goal with 6 on target. Deyverson (9') and Danilo (89') scored.

The Palmeiras manager Abel Ferreira has a full complement, with no fitness concerns to speak of before this match with a fully injury-free squad available to select from.

We’re thinking that Internacional could well find it tough to score against this Palmeiras side who we reckon will get a goal themselves and run out victorious.

We’re therefore tipping a hard-fought contest, finishing with a 1-0 victory for Palmeiras at the end of this one. 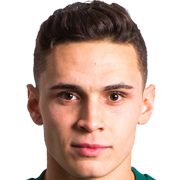 Generally taking up the Central Attacking Midfielder position, Raphael Veiga was born in São Paulo, Brazil. Having made his senior debut playing for Coritiba in the 2016 season, the talented Midfielder has scored a sum of 5 league goals in this Série A 2021 season so far in 21 appearances.

We have made these Palmeiras v Internacional predictions for this match preview with the best intentions, but no profits are guaranteed. Please always gamble responsibly, only with money that you can afford to lose. Good luck with your selections.