Return to this page a few days before the scheduled game when this expired prediction will be updated with our full preview and tips for the next match between these teams.
Full-Time Result Prediction
👉
Istra to Win

Istra will be hosting away side Slaven Belupo at Stadion Aldo Drosina in this Prva Liga tie on Friday.

Scroll down for all of our predictions, poll and stats for the Istra 1961 v Slaven Belupo game - along with the latest match odds.

Istra will be wanting a better result here following a 2-0 Prva Liga loss in their previous game against Lokomotiva Zagreb.

A common feature of more recent Istra 1961 games is the high number of scores with a nil in them.

From their previous six matches before this one, in 5 of them a wager on BTTS would've lost.

In their last fixture, Slaven Belupo drew 2-2 in the Prva Liga tie with Hajduk Split.

In that game, Slaven Belupo managed 49% possession and 7 attempts on goal with 2 on target. For Slaven Belupo, the scorers were Arbër Hoxha (49') and Ivan Krstanović (57'). For their opponents, Hajduk Split got 8 shots at goal with 4 on target. Filip Krovinović (12') and Rokas Pukštas (28') scored for Hajduk Split.

Zoran Zekić's Slaven Belupo have turned their attacks into goals a total of 7 times throughout their latest six matches. The number of goals that have been scored against them during that period adds up to 8.

Going into this encounter, Slaven Belupo haven't been defeated in their previous 2 league matches away from home.

Looking over their past head-to-head meetings dating back to 15/05/2021 shows that Istra have won 3 of these and Slaven Belupo 1, with the tally of draws standing at 2.

In all, 13 goals were shared by the two clubs throughout the course of those matches, with 9 of them for Verudeži and 4 coming from Farmaceuti. This gives an average number of goals per game equal to 2.17.

In that match, Slaven Belupo managed 49% possession and 12 shots on goal with 2 on target.

The referee was Goran Pečarić.

With a completely injury-free group ready to go, the Slaven Belupo boss Zoran Zekić has zero fitness concerns to report before this match.

Our thinking is that Slaven Belupo will need to apply a lot of pressure to get anything against this Istra 1961 outfit who we think might well score at least once to put them ahead.

Our tip is therefore for a hard-fought 1-0 victory for Istra 1961 at the conclusion of the game. 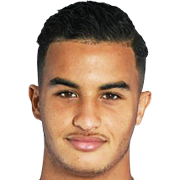 Usually used in the Central Attacking Midfielder position, Reda Boultam was born in Meknès, Morocco. After having made a senior debut playing for Jong Ajax in the 2016 - 2017 season, the accomplished Midfielder has struck 2 league goals in this HNL 2022 - 2023 campaign to date in a total of 8 appearances.

While we have made these predictions for Istra 1961 v Slaven Belupo for this match preview with the best of intentions, no profits are guaranteed. Always gamble responsibly, and with what you can afford to lose. Best of luck with your selections.