All of our predictions, stats and the user poll for Juventus v Roma are shown below - plus the latest betting odds.

Juventus won’t want a repeat of their last result here following a 2-0 Serie A loss in their previous game against Cagliari.

In that game, Juventus managed 67% possession and 34 attempts at goal with 10 of them on target. At the other end, Cagliari got 11 shots at goal with 5 on target. Luca Gagliano (8') and Giovanni Simeone (45') scored for Cagliari.

Matches featuring Juventus have usually been lively encounters of late with a lot of goalmouth action being the norm. Over their past half dozen clashes alone, a total of 20 goals have gone in for both teams combined (at an average of 3.33 goals per game) with 10 of these belonging to Juve. That kind of pattern isn’t assured to be carried forward into this game, though.

Coming into this contest, Juventus are unbeaten in their previous 39 league matches at home. A fantastic home record.

Roma come into this game after a 2-3 Serie A win with the defeat of Torino in their last outing.

Proving their predisposition for eventful matches, the back of the net has been hit 25 times in the previous six games in which Roma have played, yielding a mean average of 4.17 goals per meeting. Opposing teams have managed 7 of these goals.

Looking over their most recent head to head clashes stretching back to 23/12/2017 shows us that Juventus have won 4 of them and Roma 1, with the tally of drawn matches being 1.

A combined sum of 11 goals were yielded between them during those clashes, with 7 of them from Juve and 4 being from i Giallorossi. That’s an average goals per game of 1.83.

Thanks to a mainly available squad, there is just a single fitness problem for the Roma boss Paulo Fonseca to contend with. Lorenzo Pellegrini (Nose Injury) misses out for this game. Gianluca Mancini will not be able to play in this game through being suspended.

We’ve got the feeling that Roma should be able to create a high number of chances and successful shots on target.

At the same time, Juventus might well find it a difficult task scoring but we can see them managing to get on the scoresheet as well here.

Our tip is for a fairly comfortable 1-3 winning margin for Roma after 90 minutes.

Both Teams to Score Prediction for Juventus vs Roma
Yes 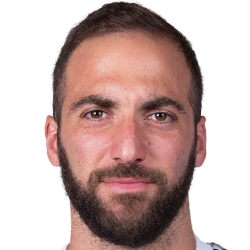 Typically played in the Striker position, Gonzalo Higuaín was born in Brest, France. Having made a first senior appearance for River Plate in the 2004 - 2005 season, the goalscoring Forward has managed 7 league goals in this Serie A 2019 - 2020 season to date from a total of 31 appearances.

While we have made these predictions for Juventus v Roma for this match preview with the best of intentions, no profits are guaranteed. Always gamble responsibly, and with what you can afford to lose. We wish you the best of luck.