Scroll down to see all of the predictions, poll and statistics for Kasimpasa v Yeni Malatyaspor - as well as up-to-date odds.

Kasimpasa prepare for this game following on from a 1-1 Super Lig tied result against Denizlispor.

It’s been all too rare in recent times that Kasimpasa have kept a clean sheet. In fact, Apaçiler have been scored against in 5 of their previous 6 games, letting in 7 goals along the way. We will find out if that trend can be continued on into this next match.

Going into this contest, Kasimpasa haven't been defeated in their previous 2 home league matches.

In their last fixture, Yeni Malatyaspor drew 1-1 in the Super Lig match with Fenerbahçe.

Going into this one, Yeni Malatyaspor are without a win away from home in their last 5 matches in the league.

Checking out their prior head to head duels dating back to 09/02/2018, both clubs have shared the honours with Kasimpasa winning 2 of those games, Yeni Malatyaspor 2 and 2 being drawn in normal time.

A sum of 17 goals were scored between them throughout the course of those matches, with 9 of them for Apaçiler and 8 for Malatyaspor. That is an average goals per game value of 2.83.

The previous league clash between the two was Super Lig match day 13 on 19/12/2020 and the score finished Yeni Malatyaspor 2-0 Kasimpasa.

Armin Hodzic (Unknown Injury), Yusuf Erdogan (Unknown Injury) and Julian Jeanvier (Cruciate Ligament Injury) will be missing for Kasımpaşa manager Şenol Can. The players who will not be able to play in this game through being suspended are Aytac Kara and Gerard Gohou.

We feel that over the course of the game, Yeni Malatyaspor will do well to be putting a goal past this Kasimpasa outfit who we think will likely end up scoring and staying ahead.

Our tip is therefore for a very competitive game with a 1-0 winning margin for Kasimpasa after 90 minutes. 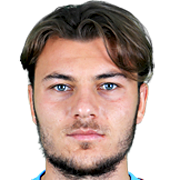 Customarily used in the Left Attacking Midfielder position, Yusuf Erdoğan was born in Isparta, Turkey. After having made a senior debut playing for Trabzonspor in the 2013 - 2014 season, the gifted Midfielder has scored a sum of 8 league goals in the Süper Lig 2020 - 2021 campaign to date in 26 appearances.

We have made these Kasimpasa v Yeni Malatyaspor predictions for this match preview with the best intentions, but no profits are guaranteed. Please always gamble responsibly, only with money that you can afford to lose. Good luck if you do place a bet today.