For all of our match predictions, pre-game poll and statistics for Kawasaki Frontale v Shonan Bellmare, scroll down (including the best match odds).

Kawasaki Frontale will be looking for another win after a 2-3 J1 League triumph over Vegalta Sendai.

Three or more goals per game were recorded in 5 of the past 6 fixtures where Kawasaki Frontale have participated. Their opponents scored 5 of them in these games while Frontale managed a tally of 17. Having said that, we must now wait to see if that pattern shall be sustained in this upcoming match or not.

Shonan Bellmare will come into the match following a 1-0 J1 League win with the defeat of Kashima Antlers in their most recent match.

The only player to score from Shonan Bellmare was Naoki Ishihara (66').

In the course of their six most recent matches, Bin Ukishima's Shonan Bellmare have managed to stick the ball in the net a total of 7 times - giving them the goals per game average of 1.17.

Their past results show that Shonan Bellmare:

Inspecting their most recent head to head clashes dating back to 05/03/2016 shows that Kawasaki Frontale have won 3 of them & Shonan Bellmare 0, with the number of drawn results being 3.

The last league match between these clubs was J1 League match day 28 on 06/10/2019 when it ended Shonan Bellmare 0-5 Kawasaki Frontale.

The referee was Hiroyoshi Takayama.

Shonan manager Bin Ukishima has to choose from a squad that has some fitness concerns. Yuki Ohashi (Acromioclavicular Separation) and Tsukasa Umesaki (Torn Meniscus) can’t be considered.

When taking all factors into account, Shonan Bellmare have the ability to score a goal against this Kawasaki Frontale lineup, however that might not be as many as they’ll concede.

We’re going for a close game with a 2-1 victory for Kawasaki Frontale when all is said and done. There shouldn’t be much in it, either way. 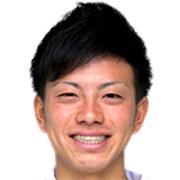 Normally used in the Left Attacking Midfielder position, Tatsuya Hasegawa was born in Numazu, Japan. After having played his first senior match for Kawasaki Frontale in the 2016 season, the accomplished Midfielder has accumulated 3 league goals in the J1 League 2020 season so far coming from a total of 5 appearances.

While we have made these predictions for Kawasaki Frontale v Shonan Bellmare for this match preview with the best of intentions, no profits are guaranteed. Always gamble responsibly, and with what you can afford to lose. Good luck!