Urawa Red Diamonds face off with the visiting Kawasaki Frontale at Saitama Stadium 2002 in the J1 League game on Sunday.

Our tips, poll and stats for Urawa Red Diamonds v Kawasaki Frontale can all be found here (inc. the best betting odds).

Urawa Red Diamonds fans will want a repeat of their previous result, being a 3-4 J1 League success vs Consadole Sapporo.

It’s been a rare occasion in recent times that Urawa Red Diamonds have managed to hold out for a full 90 minutes. The reality is that Reds have seen their defence breached in 6 of their previous 6 games, shipping 12 goals during that time. In any event, it remains to be seen whether that trend shall persist in this match.

Kawasaki Frontale will come into the meeting after a 5-1 J1 League win with the eclipse of Sanfrecce Hiroshima in their most recent fixture.

In a total of 5 of the previous 6 games involving Kawasaki Frontale, a minimum of three goals have been struck. The average goals scored per game in that time is 4.17, with the average number of goals for Frontale coming out as 3.

Going into this encounter, Kawasaki Frontale are undefeated in their last 2 league matches away from home.

An examination of their most recent head-to-head meetings going back to 13/09/2017 shows that Urawa Red Diamonds have won 3 of these games and Kawasaki Frontale 2, with the tally of drawn games being 1.

A total of 14 goals were shared by the two clubs in this period, with 9 from Reds and 5 created by Frontale. That’s an average goals per game of 2.33.

The last league clash between these sides was J1 League match day 32 on 05/11/2019 when it finished Urawa Red Diamonds 0-2 Kawasaki Frontale.

Urawa Red Diamonds manager Tsuyoshi Ōtsuki will be grateful not to have any fitness concerns whatsoever before this clash thanks to a fully injury-free squad available to choose from.

In an otherwise available squad, there’s only a single fitness worry for the Kawasaki Frontale boss Tōru Oniki to be concerned with. Tatsuya Hasegawa (Medial Collateral Ligament Tear) won’t be in action.

Our assessment is that Urawa Red Diamonds are likely to score against this Kawasaki Frontale side, however a single goal may not quite be enough to give them the result that they want.

We can see a tight encounter finishing with a 1-2 winning score for Kawasaki Frontale after 90 minutes. We’ll have to see what happens. 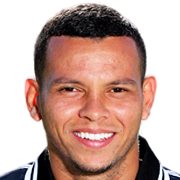 Customarily deployed in the Centre Midfield position, Ewerton Pereira was born in São Paulo, Brazil. Having made his senior debut playing for Portimonense in the 2017 - 2018 season, the gifted Midfielder has scored a sum of 2 league goals in the J1 League 2020 campaign so far in a total of 12 appearances.

We have made these Urawa Red Diamonds v Kawasaki Frontale predictions for this match preview with the best intentions, but no profits are guaranteed. Please always gamble responsibly, only with money that you can afford to lose. Good luck!