Start are going up against visitors Kristiansund at Sparebanken Sør Arena in this Eliteserien match on Sunday.

For all of our match predictions, pre-game poll and statistics for Start v Kristiansund, scroll down - plus the latest betting odds.

Start, following on from their previous result, will be hoping for more of the same after the 1-0 Eliteserien triumph versus Aalesunds FK.

The only name on the scoresheet from Start was Isaac Twum (29').

Fixtures involving Start have often been lively ones lately with high scoring being the norm. Over their past half dozen clashes, the sum of 23 goals have gone in for both sides combined (at an average of 3.83 goals per game) with 8 of them coming from Start. However, we will just have to wait and see if that pattern might be maintained in this next match.

Looking at their past form shows that Start:

After a losing effort in their last game against Viking FK in Eliteserien competition, Kristiansund will be aiming to make amends here.

In their last half-dozen clashes, Kristiansund have bagged a total of 15 goals. KBK have additionally got on the scoresheet in every single one of those games. In that time, they have seen 11 goals go against them.

The previous league clash featuring the two was Eliteserien match day 13 on 09/08/2020 which finished with the scoreline of Kristiansund 3-2 Start.

Our thinking is that Start will need to put in a solid display to break down this Kristiansund team who we think should get a goal themselves and run out victorious.

We’re going for a very competitive game with a 0-1 winning score for Kristiansund at the end of the match.

Over/Under 2.5 Goals Prediction for Start vs Kristiansund
Under 2.5 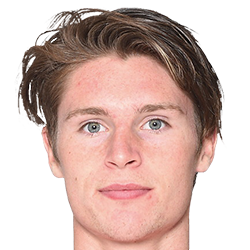 Generally taking to the field in the Centre Midfield position, Kasper Skaanes was born in Bergen, Norway. Having made a first senior appearance for SK Brann in the 2012 season, the accomplished Midfielder has got 2 league goals in this Eliteserien 2020 campaign so far coming from a total of 14 appearances.

We have made these Start v Kristiansund predictions for this match preview with the best intentions, but no profits are guaranteed. Please always gamble responsibly, only with money that you can afford to lose. Best of luck with your selections.

⚽️ Where can I find the tips for other Eliteserien matches?

Look at all of our next (and previous) Eliteserien predictions & previews here.