KuPS head to Arto Tolsa Areena on Saturday for the Veikkausliiga showdown with home side KTP.

KTP will be hoping for a better result following a 0-1 Veikkausliiga loss in their previous game against SJK.

In that game, KTP managed 39% possession and 5 shots at goal with 3 of them on target. The only player to score for KTP was Paavo Voutilainen (57' Own goal). SJK got 10 shots on goal with 5 on target.

It’s been a rare occasion in recent games that KTP haven’t conceded. The facts show that KTP have been scored against in 6 of their previous 6 clashes, giving up 15 goals on the way. Historical results aside, we’ll just have to find out if that pattern shall persist in this next game.

Heading into this contest, KTP have not registered a win against KuPS in their previous 2 league games.

KuPS come into this meeting after a 3-0 Veikkausliiga win with the downing of SJK in their last match.

Simo Valakari's KuPS have had reason to celebrate scoring a total of 10 times in the course of their most recent six matches. The aggregate of goals that they have conceded during that period comes to 6.

The previous league clash featuring these clubs was Veikkausliiga match day 19 on 15/08/2021 when the final score was KuPS 4-0 KTP.

KTP had 0 attempts at goal with 0 of them on target.

The KTP manager Gabriel Garcia Xatart doesn’t have any fitness concerns at all ahead of this clash with a fully healthy squad available for selection.

Thanks to a completely healthy squad available to select from, the KuPS boss Simo Valakari does not have any fitness concerns whatsoever ahead of this clash.

We’re of the opinion that KuPS have the ability to create a good amount of chances and successful shots on target.

However, KTP will not find it easy to break down their defence although we think that they will probably end up scoring here.

We’re therefore expecting to see a decent 1-3 win for KuPS after 90 minutes. 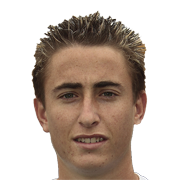 Usually deployed in the Left Attacking Midfielder position, Asier Arranz was born in Cuéllar, Spain. Having made his senior debut playing for Real Valladolid in the 2006 - 2007 season, the gifted Midfielder has struck 2 league goals in the Veikkausliiga 2021 season to date from a total of 17 appearances.

While we have made these predictions for KTP v KuPS for this match preview with the best of intentions, no profits are guaranteed. Always gamble responsibly, and with what you can afford to lose. Good luck if you do place a bet today.