TSV Hartberg will do battle with visiting team LASK Linz at Profertil Arena Hartberg in this Bundesliga game on Sunday.

TSV Hartberg will be hoping to bounce back here after the 1-0 Bundesliga losing effort in their last game against SV Ried.

Leading up to this clash, TSV Hartberg:

LASK Linz will come into the clash following a 0-1 Conference League win as they beat Maccabi Tel Aviv in their most recent outing.

The only scorer from LASK Linz was Sascha Horvath (89').

Indicating their partiality to eventful matches, goals have been celebrated 20 times in the prior six matches in which LASK Linz have played, giving a mean average of 3.33 goals per clash. Their opponents have hit 7 of those goals.

Going into this contest, LASK Linz haven’t won away from home in the past 6 league matches.

If we look at their past head to head meetings stretching back to 01/03/2020, there has been little to separate the clubs with TSV Hartberg winning 2 of those games, LASK Linz 2 and 2 being drawn in regulation time.

The last league fixture featuring these clubs was Bundesliga match day 5 on 22/08/2021 when the final score was LASK Linz 1-1 TSV Hartberg.

That time, LASK Linz managed 59% possession and 13 shots on goal with 6 on target. Their only player on the scoresheet was Florian Flecker (78').

On the other side, TSV Hartberg got 4 shots on goal with 3 on target. Matija Horvat (69') was the scorer.

The referee was Walter Altmann.

The TSV Hartberg manager Kurt Russ has no fitness worries whatsoever coming into this game thanks to a fully injury-free group to pick from.

Thanks to a fully healthy group to choose from, the LASK Linz manager Andreas Wieland has no fitness worries to speak of coming into this game.

In this match, TSV Hartberg will surely be able to get a goal against this LASK Linz side, but a single goal isn’t likely to be enough to give them the result that they want.

We’ve gone for a 1-2 advantage for LASK Linz when the referee blows the final whistle. Hopefully this is a good one. 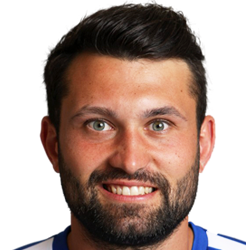 Customarily deployed in the Striker position, Dario Tadić was born in Odžak, Bosnia and Herzegovina. After having made a senior debut playing for Austria Wien Amateure in the 2006 - 2007 season, the goalscoring Forward has got 6 league goals in the Bundesliga 2021 - 2022 campaign to date in a total of 12 appearances.

We have made these TSV Hartberg v LASK Linz predictions for this match preview with the best intentions, but no profits are guaranteed. Please always gamble responsibly, only with money that you can afford to lose. Good luck!