Tottenham Hotspur will play in this fixture following a 0-0 Premier League tied result versus Everton.

An interesting aspect of more recent Tottenham Hotspur games is the number of results with a nil in them.

From their prior sextet of clashes before this one, in as many as 5 of them a wager on BTTS would've lost. That sort of trend isn’t assured to be carried forward here, however.

Ahead of this meeting, Leeds United have left without a victory over Tottenham Hotspur when they have played them away from home in the previous 4 matches in the league. They really have not been travelling well at all.

Checking on their prior head-to-head clashes dating back to 10/01/2004 tells us that Tottenham Hotspur have won 3 of these games & Leeds United 2, with the number of drawn results being 1.

A combined total of 19 goals were shared by the two clubs during those clashes, with 11 of them for Spurs and 8 for The Whites. That is an average goals per game value of 3.17.

The previous league game between these clubs was Premier League match day 35 on 08/05/2021 and the score finished Leeds United 3-1 Tottenham Hotspur.

At the other end, Tottenham Hotspur got 11 attempts at goal with 3 of them on target. Heung-Min Son (25') scored.

The Tottenham Hotspur manager Antonio Conte will be grateful not to have any fitness concerns whatsoever before this match thanks to a completely healthy group available to choose from.

Thanks to a fully healthy group available for selection, the Leeds United manager Marcelo Bielsa doesn’t have any fitness concerns to speak of coming into this clash.

Looking at these two teams, we feel that Tottenham Hotspur can and should be able to create a decent number of chances and shots on target.

In contrast, Leeds United could well struggle to score but we do think that it’s more than likely that they will be converting at least once as well.

We reckon that it will be a decent 3-1 win for Tottenham Hotspur when the full-time whistle blows. 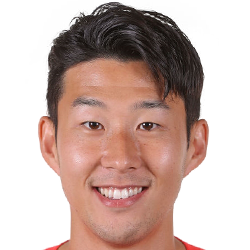 Regularly playing in the Left Wing position, Heung-Min Son was born in Chuncheon, Korea Republic. After having played his first senior match for Hamburg in the 2010 - 2011 season, the goalscoring Forward has scored 4 league goals in this Premier League 2021 - 2022 season to date from a total of 10 appearances.

While we have made these predictions for Tottenham Hotspur v Leeds United for this match preview with the best of intentions, no profits are guaranteed. Always gamble responsibly, and with what you can afford to lose. Best of luck with your selections.